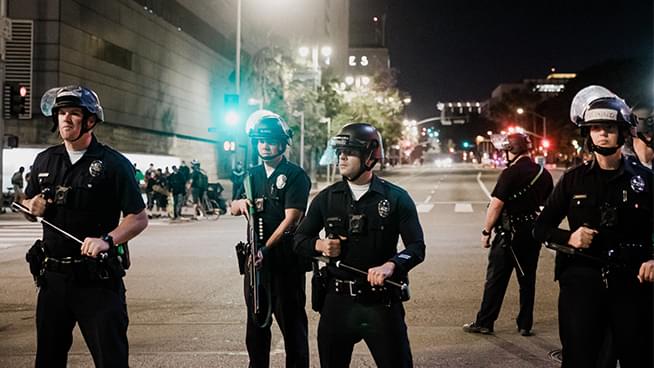 In the wake of the murder of George Floyd, Breonna Taylor and countless others people have come together to demand change. Oakland Mayor Libby Schaaf joined Nikki Medoro this morning to explain how she is supporting change and working to reform police use-of-force policies.

“So let me be clear, Oakland like every department always has much more work to do. But like I said, we were made for this moment. We have been doing de-escalation training, procedural justice training, racial equity training and an awareness of the racist history of policing in our department for more than a year. Now…these will not be new trainings for Oakland. We’ve been working with Stanford psychologist Jennifer Eberhardt to really get at subconscious bias. The you know, again, we are doing everything we can to ensure that a racist never finds their way into the police department, but that does not address subconscious effects of bias. And that’s something that we have gotten some national recognition for and this has created a tremendous reduction in the discretionary stops of African Americans in Oakland, that is documented. Again, much more work to do.

But what people are calling for now is not just police reform, it’s really looking at how we can migrate functions out of our police department. And one thing that also Oakland is ready for is we have spent the last year doing the community outreach, the planning to implement something called macro. And that is a community based crisis response to really not send…a gun and a badge when someone is having a mental health crisis. Or there is an issue involving one of our unsheltered residents or a drug overdose. These are situations where someone who comes from the community with a health background is going to be far better to address that crisis than a police officer. And so we are now ready to begin implementation following our one year study, particularly inspired by the Cahoots Model out of Eugene, Oregon. And that’s something you’re going to see get stood up in Oakland, while other cities are talking about starting the process. We started a year ago.” Said Schaaf.