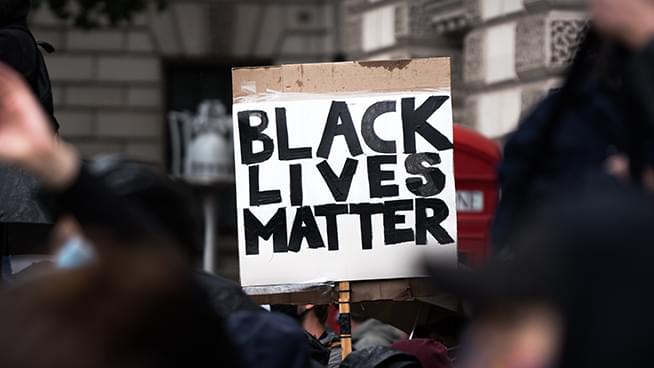 Juneteenth is one of the oldest national holidays which celebrates the emancipation of slaves. On June 19, 1865 Major General Gordon Granger arrived in Galveston, Texas to announce General Order Number 3, proclaiming,

“The people of Texas are informed that, in accordance with a proclamation from the Executive of the United States, all slaves are free. This involves an absolute equality of personal rights and rights of property between former masters and slaves, and the connection heretofore existing between them becomes that between employer and hired labor. The freedmen are advised to remain quietly at their present homes and work for wages. They are informed that they will not be allowed to collect at military posts and that they will not be supported in idleness either there or elsewhere.”

President Lincoln issued the Emancipation Proclamation on January 1, 1863, but it wasn’t until two years later that the last enslaved people in America were freed thanks to Major General Granger.

With the recent protests in response to killings of George Floyd, Breonna Taylor, Rayshard Jones and countless other individuals, Juneteenth is being recognized now more than ever. Governor Cuomo signed an executive order for Juneteenth to be a state holiday in New York and companies such as Nike and Twitter announced the day as a paid holiday.

San Francisco Mayor London Breed sent out a series of tweets explaining her relationship with Juneteenth.

Growing up in the Fillmore, I always looked forward to the Juneteenth Festival, right in the heart of the Western Addition community.

The Bay Area is celebrating Juneteenth with socially distant picnics, protests, and more as you can read below.

Hundreds are in front of #SanFrancisco City Hall for a #JUNETEENTH2020 rally. They plan on marching to the SF Board of Education because they want @SFPD out of schools. @nbcbayarea pic.twitter.com/p5gTkmcvPl

Governor Newsom tweeted that the California Capitol will be lit up in honor of Juneteenth.

Tonight, CA’s Capitol will be lit up to honor #Juneteenth and remind us all that 155 years later, Black Americans still feel the impacts of government-sponsored racism.

We cannot shy away from our past, but we can choose to create a brighter future—built on equality and justice. https://t.co/7ToTguqF9L

New Beginnings Church’s founding Pastor Hurmon Hamilton will host an online discussion with Westgate Pastor Steve Clifford and Emmanuel Baptist Pastor Jason C. Reynolds about the role the church has in the unfolding movement for justice and healing. Details here.

Juneteenth Black Youth for the People’s Liberation Rally is hosted by a group of Black, Oakland-native youth. In addition to a rally, an art build will also be held at DeFremery Park in West Oakland. Attendees are asked to bring signs, water and to wear masks and practice social distancing. More details here.

A Black mass will be held at Lake Merritt on Friday evening. For more information click here.

Oakland City Hall will be illuminated in the colors red, black, and green this weekend in celebration of Juneteenth. The colors are those of the Pan-African Flag, which was designed to represent people of the African Diaspora, freedom, and perseverance. #JUNETEENTH2020 #Oakland pic.twitter.com/NTgKJR7X20

A Juneteenth festival with food, entertainment and speeches will be held at Pioneer Park in Santa Rosa. Learn more about the free event here.