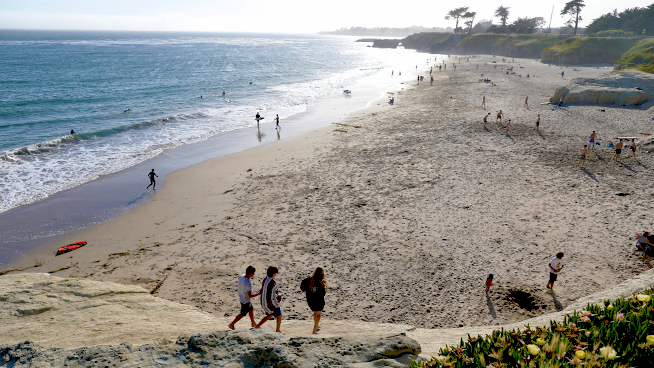 Santa Cruz County announced that beaches will be open to the public beginning Friday. However, this is not because the area is seeing less cases, but because they cannot enforce the restrictions any longer.

County health officer Dr. Gail Newel said in a announcement Thursday morning that they had hoped to keep the restriction in place for longer but could not accomplish thorough enforcement.

“Effective today at midnight, the beach closure will end,” Newel said. “We’d hoped to continue the closure until after the Fourth of July weekend but it’s become impossible for law enforcement to enforce that closure and people are not willing to be governed anymore in that regard.”

Currently the county has practiced a “move it along” mantra for beaches, meaning no sunbathing, sitting, lying, standing, sightseeing, picnicking, and all other non-exercise related activities. Since May the beaches have only served a thoroughfare for those participating in water sports and exercise, such as surfing, kayaking and running, and only from the hours of 11 a.m. to 5 p.m..

The announcement Thursday would undo the current restrictions on county beaches, a singular hold out amongst other neighboring counties. However, the health experts in Santa Cruz are wary of the implications of reopening after 28 new cases appeared over the weekend.

This last weekend was, “by far the greatest increase that we’ve had to date in our county,” said Newel. “We actually had to redesign our epidemiological graph on the data dashboard to accommodate numbers of that size.”

Thus far the county has seen 329 confirmed cases and three deaths but after recent social gatherings the county has seen 87 new cases in the past two weeks. Newel says these new cases can be directly traced to community transmission when Santa Cruz residents had gathered for events such as Memorial Day, Mother’s Day, graduation and more.

“Almost all COVID-19 transmission in our community…are when people are within 6 feet of each other for a prolonged period of time, not wearing face coverings.”

For now the county is looking to give up on enforcing beach closures but is shifting their attention to becoming serious about face coverings.The county’s shelter-in-place order will expire on July 6th, where it will then align it’s guidelines more closely with state recommendations.