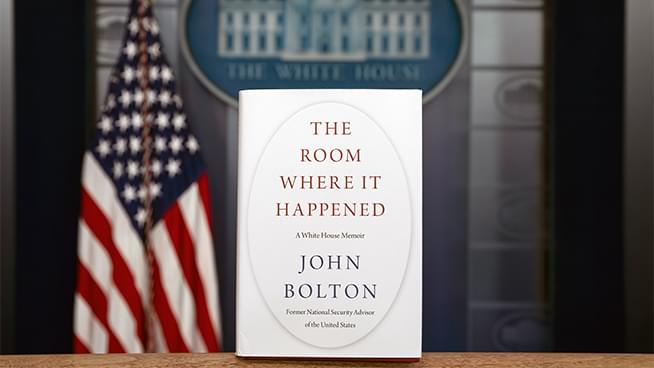 In an exclusive radio interview, Ronn Owens talked with John Bolton, former National Security Advisor to President Trump. His book, “The Room Where It Happened,” came out two days ago giving us an insider’s look at Trump’s White House and has shot to #1 on Amazon’s book list.

The book’s rise to notoriety began when President Donald Trump sought to block it from publication. Trump claimed that the information that would be revealed in the book was “highly classified” and that Bolton was a “traitor” for releasing it.

“It’s not a question of agreeing or disagreeing with Trump on this issue or that issue, it’s the fact that he approached the job with no overarching philosophy, no grand strategy, no policies he wanted to follow. It was really all about Donald Trump, ultimately,” Bolton shared with Ronn his feelings about the President and the damage he has done to the Republican party and our country as a whole. Catch the full interview with Bolton below, where they cover everything from impeachment to coronavirus and 2020 re-election: