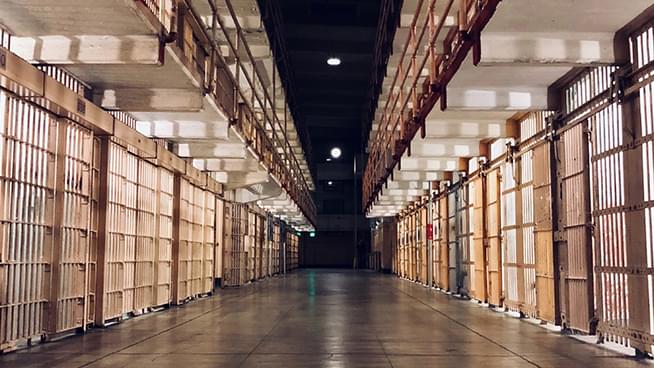 The California Department of Corrections and Rehabilitation (CDCR) along with Governor Gavin Newsom will release up to 8,000 incarcerated individuals from the California prison system by August in an attempt to protect its staff and vulnerable inmates.

The release will occur on a rolling basis and will include people who are scheduled to be released soon and people who are considered high risk if they contact coronavirus. The process will allow state prisons to maximize available space to implement isolation, physical distancing, and quarantine efforts.

The CDCR reported Friday, across state prisons, 2,286 inmates and 719 staffers were confirmed to have active coronavirus cases and 31 people had died.

“We’re glad the Governor is taking action to release more people. This is absolutely critical for the health and safety of every Californian. Too many people are incarcerated for too long in facilities that spread poor health. Supporting the health and safety of all Californians means releasing people unnecessarily incarcerated and transforming our justice system.” Jay Jordan, Executive Director, Californians for Safety and Justice.

Anne Irwin, Director, Smart Justice California expressed more support, “After witnessing the deadly effects of COVID-19 inside California’s dangerously overcrowded prisons, Governor Newsom’s plan is the right decision to help protect the lives of people living and working inside prisons and in surrounding communities. In taking this important step, the Governor is following the universal advice of public health and medical experts.  We applaud the Governor for working on two crucial fronts: getting the most vulnerable people out of harm’s way and stemming the spread of COVID-19 inside prisons and neighboring communities.”

“All individuals will be tested for COVID-19 within seven days of release. CDCR is working closely with stakeholders, local law enforcement partners, and other agencies to leverage state and federal resources for housing in the community to help meet the reentry needs of these individuals. For all those releasing under these efforts, CDCR is making victim notifications in accordance with all CDCR procedures and state law.”

The individuals to be released have to meet to follow The California Department of Corrections and Rehabilitation guidelines:

This statewide cohort is currently being screened and released on a rolling basis in order to continuously create more space in all institutions throughout the pandemic. CDCR estimates that 4,800 people could be eligible for release by the end of July.

In order to be eligible, inmates must meet the following criteria:

CDCR is also reviewing for release incarcerated persons with 365 days or less to serve on their sentence, and who reside within identified institutions that house large populations of high-risk patients.

In order to be eligible, inmates must meet the following criteria:

Brie Williams, a UCSF professor of medicine said, “I hope these releases will be informed by public health and I commend the governors’ office for taking a step in this direction.”