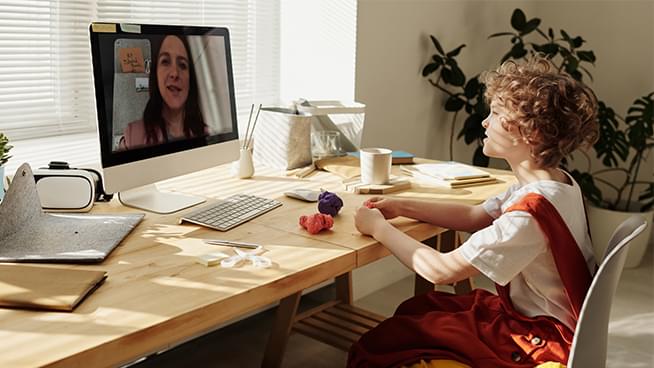 Pat Discusses the Idea of Distance Learning with the Listeners

“I would say the majority of teachers are scared. And we can’t just ignore that, we have to acknowledge that that fear is based on facts and that fear is based on a pandemic that is eating this country alive. Now, we also want to face this fact, every region of the country is going to be different on this.”

“If you’re going to talk about kids going to school and what the options may be and whether they should stay home in the fall and reestablish this distance learning that involves computers…you have to guarantee that every one of these students has access to the technology necessary for them to take advantage of this alternative.

You know, people who live in poor areas, people whose families just don’t have the money, computers…and you have to be able to get computers and…what if you have several children? In a lot of households there’s a computer for every person in the household. That’s not every household…some households can’t afford to buy a computer, a separate computer for every person. When classes are held, if you’re in the first grade, and if you’ve got one in the fourth grade, and if you’ve got one in the fifth grade and one the seventh grade, they may all have zoom classes all at the same time. What are you going to do? So that is something else that has to be contemplated if distance learning is one of the alternatives that we think is a viable alternative, at least temporarily, hopefully not for a very long period of time, but if necessary, as long as it takes, then we have to be able to ensure that everybody’s going to have access to this.”

Nikki speaks with Westwood One Reporter, Jim Roope, about most California schools starting with distance learning in the fall

“Look at the confusion over the schools, a lot of that is fueled by the fact that we just don’t know the susceptibility and transmissibility of children in this thing because of how children are defined, or the studies that have been done.”

“I think the governor is…counting on the fact that local jurisdictions know their situation. If you’re a smaller school district that has the ability to spread out a little bit, then you’re able to open up and do the physical distancing, the mask wearing, the disinfecting every evening, they’re encouraging hand washing, so on and so forth. If you’re a larger school district that’s impacted, so you can’t spread out, then you’re going to have to figure out a different way to continue the learning process, which is why the two largest school districts in the state, San Diego and Los Angeles, Los Angeles being the second largest school district in the nation, they’re saying we’re going to have to start the school year…distance learning, so that we can at least get the process of molding minds going while we figure out a way to get them back in the classroom. So it really honestly is a situation of geography and numbers. The governor says you know your place better, so whatever you think is best, just so learning can start. That’s the key. We got to start learning somehow. So let’s get them back to a learning environment, whether it be virtual, or whether it be in classroom.”