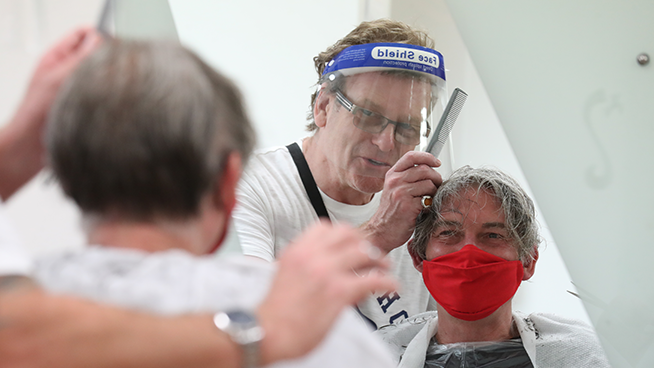 Monday Governor Newsom announced that state had released new guidelines that would allow for hair salons to open up if they moved their operations outside.

The announcement so far only includes hair salons and barbershops but does not include other cosmetology-oriented businesses, though it could prove as a testing ground moving forward.

The guidelines stated many typical “new normal” protocols such as face coverings, sanitation, and social distancing but also laid out new details on how businesses might go about executing these new patio haircuts. The guidelines also emphasized the need for shade and other forms of protection from the sun as we enter the height of summer.

“Outdoor operations may be conducted under a tent, canopy, or other sun shelter as long as no more than one side is closed, allowing sufficient outdoor air movement. Salons and barbershops should not perform a service that would require a customer to have to enter the establishment.”

The document encourages those who cannot safety open to remain closed for the safety of their staff and their customers.

Last week Newsom announced that restaurants (indoor dinning), gyms, and movies theaters would now be requited to close down again. The announcement came as somewhat of a surprise since the state is starting to clamp down in other areas and previously the reopening of beauty-based businesses tended to put near the back of the line. The proverbial quarantine slider has faded back as the U.S. and parts of California had record breaking numbers of new cases and deaths over the last few weeks.