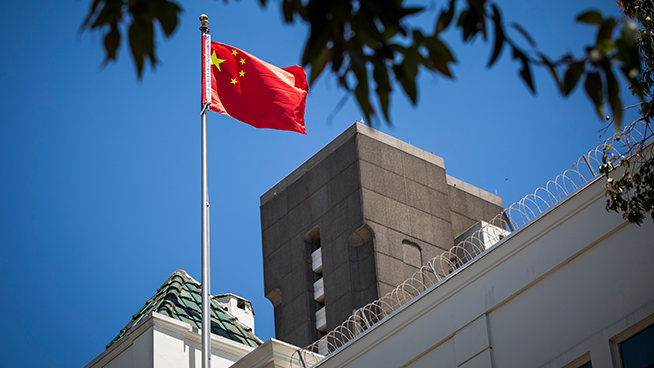 A Chinese researcher was arrested Friday after taking refuge at the Chinese consulate in San Francisco. The Department of Justice took Juan Tang into custody after accusing her of lying on her visa application.

Tang, 37, was part of a larger FBI investigation of Chinese nationals who had potentially lied about their affiliation with the Chinese military, an investigation that yielded four arrests in California and is ongoing in over 25 U.S. cities according to a statement release by the Department of Justice.

According to unsealed court documents Tang applied for a J1 via in October 2019 and arrived in the country a few months later in December where she would go on to work as a researcher at the University of California at Davis.

The FBI said Tang had answered “no” when asked on her via application if she had ever served in the military. Their investigation revealed that she is an officer with the People’s Liberation Army Air Force (PLAAF) and an employee at the Air Force Military Medical University after a photo of her in uniform was found. Tang was subsequently interviewed on June 20th where she again denied military affiliation. However, the FBI would find another uniformed photo of Tang in an electronic seizure of assets from an issued search warrant.

“The United States welcomes students, academics, and researchers from across the globe. Today’s announcement shows the extreme lengths to which the Chinese government has gone to infiltrate and exploit America’s benevolence,” said John Brown, Executive Assistant Director of the FBI’s National Security Branch. “In interviews with members of the Chinese People’s Liberation Army in over 25 cities across the U.S., the FBI uncovered a concerted effort to hide their true affiliation to take advantage of the United States and the American people.”

If convicted Tang and the others arrested could face up to 10 years in prison and a fine of $250,000.

The allegations come at a time where Chinese-American relations continue to dissolve. Tang’s work as a researcher particularly tricky as the U.S. levels claims of theft of American intellectual property against China.

Friday the Chinese consulate in Houston was ordered to shut down over similar accusations while China replied by closing it’s U.S. consulate in the city of Chengdu.