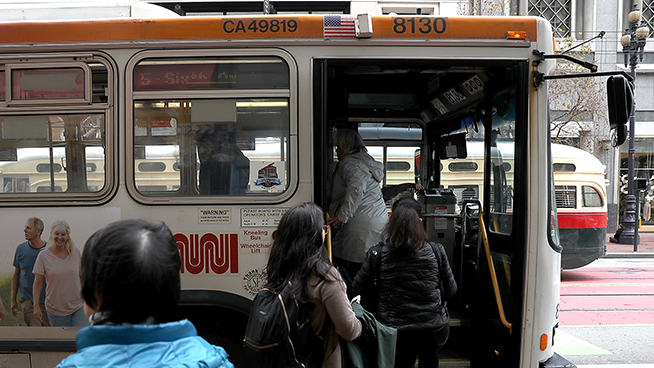 Last week, a MUNI Driver was assaulted in San Francisco after telling several young male riders to wear a mask. New information has come to light that the attack was racially charged.

According to a statement from the Transport Workers Union Local 250, the bus operator was attacked by a souvenir-type baseball bat and punched several times in the face while the assailants accused the driver of being COVID-19 positive because he was Asian.

“When he asked them to keep their face coverings on, they said ‘they didn’t have to’ and said the operator ‘probably had’ (coronavirus) because he was Asian,” said Union President Roger Marenco.

The driver reportedly asked the riders several times to wear a face covering, as mandated by local and state law, before he confronted them as they boarded in the rear of the bus against his warnings. As the driver approached the riders one of the men struck the driver with the bat. After managing to grab the bat the driver was struck twice in the face. The riders spat on the driver and hurled racial slurs at him.

“They spit at him, they hit him with a bat, they fractured one of his fingers,” Marenco said. “What does that do for the operator? It puts them in fear.”

Marenco said that drivers are encouraged to enforce face coverings over the P.A. system and that they should call a dispatcher to seek help if riders continue to be noncompliant.

This attack, though brutal, is unfortunately just one of many attacks on Asian-Americans seen in recent months related to the Coronavirus pandemic. The Asian Pacific Policy and Planning Council (A3PCON) and the Chinese for Affirmative Action (CAA) have even launched a tracker of Asian hate crimes in California called StopAAPIHate.org.

“These reports reveal a pervasive and consistent pattern of anti-Asian American hate in this state. Additionally, Stop AAPI Hate received reports from 34 counties, indicating a statewide problem,” a report of the incidents stated.

The SFPD is aware of the incident but no arrests have been announced.