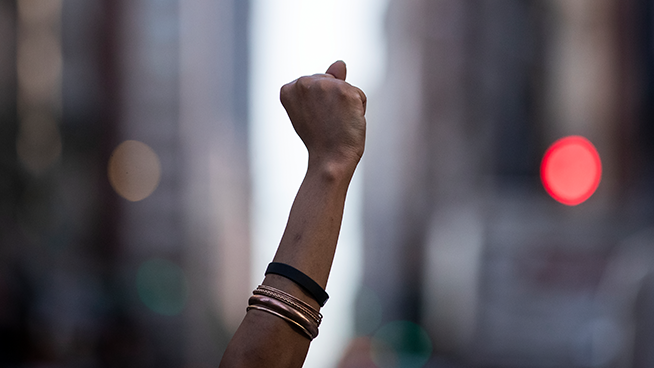 Monday several local union leaders gathered to protest potential interference from San Francisco’s Police Officers Association. Representatives from the food, airport, education, and pharmaceutical industries were united by the Jobs with Justice San Francisco organization to make sure SFPD would go through with promises to defund the police.

However, despite certain positives changes and further promises to defund the police, protesters wanted to add pressure and create accountability amongst negotiations.

“Unions are here to support their members,” said protester Michelle Cody, a teacher from Bayview. “Unions are not here to make sure their members can commit crimes and not be held accountable.”

Last week Oakland had goals to defund it’s police department by $25 million only to successfully pass $14 million in cuts. Cuts local protesters and union leaders say are best spent on investment in schools, hospitals, and other social programs, especially in communities of color.

At the protest representatives spoke out, decrying the impunity in which the police union and it’s officers had operated under for so many years. Protesters painted messages on the ground and garnered signs with their union’s names supporting defund movement. The Police Union, on the other hand, saw excessive cuts as threats to the safety of the community.

Montoya and Police Chief Bill Scott currently support redirecting some of their budget to community programs set forth by Breed many weeks ago in the height of the Black Lives Matter protests that surged after the death of George Floyd.

Later Monday Breed announced new guidelines on how the city had planned on investing the new funds back into the Black community.

Today Supervisor @ShamannWalton and I released a framework for reinvesting in the Black community.

This is the first step towards bringing resources & accountability to our community, which has for decades been underserved, underrepresented, and ignored.https://t.co/BLGPGqEmoE