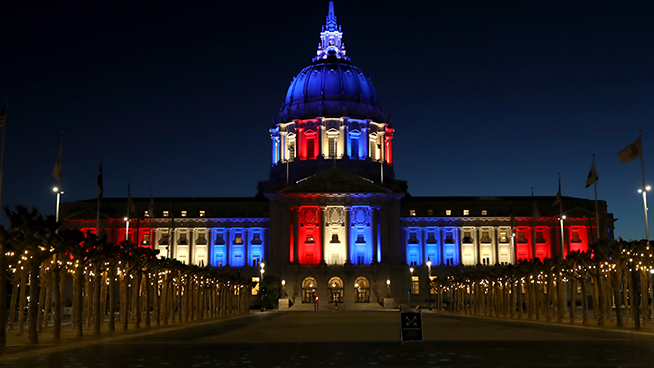 San Francisco’s Board of Supervisors has unanimously voted to place legislation for the city’s November ballot that would levy a new tax against companies who excessively overpay their executives compared to their workers.

Co-authored by District 9 Supervisor Hillary Ronen and District 6 Supervisor Matt Haney, the measure is expected to generate up to $140 million for the city. Funds they plan to use to hire more medical professionals to help us through the current COVID-19 pandemic.

“We’re going to put those resources to good use by saving jobs, hiring hundreds of healthcare workers this city needs to get us through the pandemic,” tweeted Haney after the measure had been approved for the ballot. “These nurses, doctors, emergency responders are saving lives of countless San Franciscans, we still need them to be there for all of us.”

The measure, which if passed would start in 2022, would not effect small businesses and would even absolve larger businesses from the tax as long as their profits do not exceed $1.17 million. However, compensation would not be looked at through a finite lens, it would include wages, salaries, commissions, bonuses, property issued or transferred in exchange for the performance of services, and stock options.

The extra tax revenue could be vital as San Francisco and the state of California faces massive budget deficits from the economic impact of the Coronavirus. However, this bill is not the first to single out the uber wealthy and the tech giants that call the Bay Area home. Last year San Francisco levied a tax on the ride-share giants Uber and Lyft to help pay for public transportation. The vote passed by 67% according to ballotpedia.

This is also not the first time this measure has been brought to the city’s attention. Last year Ronen also pushed for the exact same measure but at the time was meant to fund free mental health programs for San Franciscan’s.

“The Overpaid Executive Tax is a commonsense measure that we all need to support to get through this crisis, we can’t ignore the needs of our frontline emergency responders during this pandemic,” said Supervisor Ronen. “Our city is home to more billionaires per capita than anywhere else in the world, but we’re struggling to find the funds to pay for nurses, doctors, first responders, and other essential workers when we need them the most.”

According the the SF Chronicle companies like Comcast, Bank of America, JP Morgan, Chipotle, Visa, Salesforce, Wells Fargo and Gap are likely to be some of the many companies effected by this new tax. Several labor unions have already voiced support of the measure.

The measure will accompany Haney’s other legislation to create a Department of Sanitization and Streets for the city.

Listen to Haney talk about his other measure here: