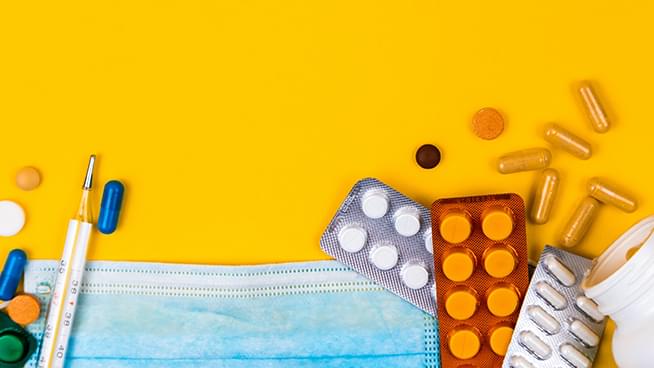 Facebook has taken down a video showing doctors making false claims that the antimalarial drug hydroxychloroquine is a “cure for COVID” and people “don’t need masks” to prevent the virus from spreading. Before the video’s removal, published by the right-wing media outlet Breitbart, President Donald Trump retweeted the link and the video gained about 17 million views.

President Trump’s retweeted the video but he did not upload a version of the video to his site, although, his son did. Twitter took action against Trump Jr.’s account, temporarily suspending his account. Twitter removed the video from public view and asked Trump Jr. to delete the tweet with the video in it.

This account has not been permanently suspended. Per the screenshot, the Tweet requires deletion because it violates our rules (sharing misinformation on COVID-19), and the account will have limited functionality for 12 hours. More in our rules: https://t.co/0wHWVV5QS4 https://t.co/0gq7rlaNw7

The video shows a group of individuals, going by the name “America’s Frontline Doctors”, standing on Capitol Hill’s steps and led by Houston-based doctor Stella Immanuel.

Immanuel, “Labeled studies casting doubt on the effectiveness of the antimalarial drug as “fake science” and claimed that she is using the antimalarial drug because of a 2005 study, published by the National Institutes of Health, which claims Chloroquine, a more toxic version of hydroxychloroquine, can prevent the spread of coronavirus in cells,” according to Forbes.

She stated she put herself and her staff, as well as 300 other patients, on hydroxychloroquine as a prophylaxis, and “none of them died.”

However, “A study published in The New England Journal of Medicine on Thursday found that hydroxychloroquine — given either alone or in combination with the antibiotic azithromycin — did not improve the conditions of hospitalized patients with mild-to-moderate COVID-19,” reported CNN.

The National Institute of Health halted a clinical trial of the drug last month and advised against using the drug as a treatment for coronavirus.

Yes, we removed it for sharing false information about cures and treatments for COVID-19.