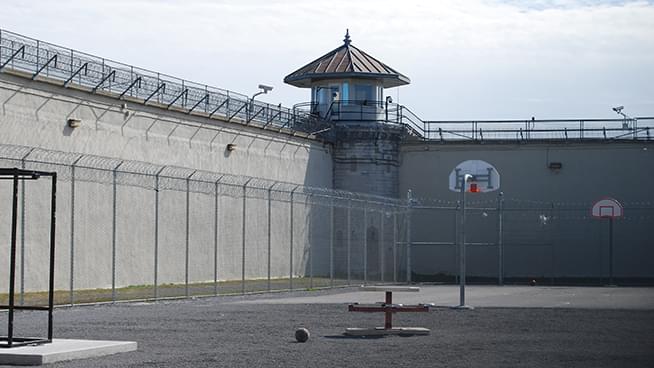 California state prison officials say as many as 17,600 inmates may be released early due to the coronavirus.

That’s 70% more than previously estimated and a total that victims and police say includes dangerous criminals who should stay locked up.

In April, 3,500 inmates were released to create space in crowded prisons. In July 6,900 more inmates became eligible for release. Originally, Governor Newsom and The California Department of Corrections and Rehabilitation said all individuals have to meet strict guidelines in order to be released.

“In a filing last week with a federal judge who oversees one of the major lawsuits facing the prison system, officials increased the estimated total of releases from 10,400 to 17,600. However, prison officials say Corrections Secretary Ralph Diaz is likely to block the release of about 5,500, in part because many are serving life prison sentences,” reported FoxNews.

It is unclear if the guidelines still apply as among those released last week was Terebea Williams, a woman who served 19 years of an 84 years-to-life sentence for first-degree murder, carjacking, and kidnapping. Williams was deemed at high medical risk for the virus, though officials couldn’t say what put her in that category.

“Why is an inmate’s rights more important than a victim’s?” said Dena Love, the outraged sister of Williams’ victim.

While some people are upset by the decision, others are praising the inmates’ release.

“We’re glad the governor is taking action to release more people…This is absolutely critical for the health and safety of every Californian. Too many people are incarcerated for too long in facilities that spread poor health,” said Director Jay Johnson, Californians for Safety and Justice Executive Director.

The decision to release more people comes after 8,400 prison inmates have contracted COVID-19; of that number 51 people have died. Additionally, nearly 2,000 state prison employees have been infected and eight had died.

Dozens of protestors gather outside of @GavinNewsom 's home criticizing @CAgovernor for what they believe is a mishandling of COVID-19 in the prison and immigration detention systems @FOX40 pic.twitter.com/cbLBVN3Vj9

With some inmates already released, the state’s prison population dropped below 100,000 for the first time in three decades. Karen McDaniel, the founder and executive director of Place4Grace which runs literacy and visitation program in 16 of the 35 state prisons said this is no easy task.

McDaniel explained the burden is often placed on inmates relatives to find housing. When individuals do not have relatives available McDaniel arranges transportation to hotel rooms for those who still need to quarantine.

With days instead of months to prepare clothes, food, and other necessities, McDaniel said, “It’s just been a heartbreaking task from beginning to end…It didn’t have to happen like this.”

But, the good news, McDaniel said, is that through great effort, “There is no one coming out that does not have a bed to go to…No one is being dumped on a street corner anywhere as a transient. That is not happening.”

However, there is no way to prevent infected inmates from leaving their rooms. Inmates are tested within seven days of their scheduled release and those who test positive are denied the ability to leave early, but inmates who reach their parole date must be released, infected, or not.

“We can’t force people to quarantine, we can only offer them voluntary services like Project Hope,” corrections department spokeswoman Dana Simas said.