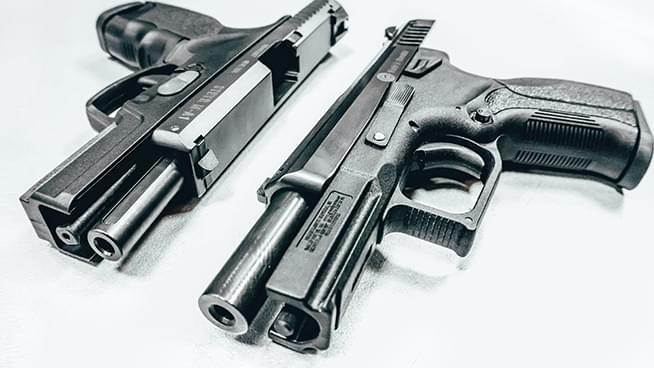 In the people of the state of California vs. James Jensen, Harpaul Nahal, Michael Nichols, Christopher Schumb, “Captain James Jensen, attorney Christopher Schumb, attorney Harpaul Nahal, and business owner Michael Nichols are accused of conspiring with the CEO and a middle manager of AS Solution, Inc., an international security company, to offer a $90,000 bribe to obtain concealed firearms permits (CCW licenses) for the company’s executive protection agents. This all took place in 2018, while Sheriff Laurie Smith — who had the authority to grant the CCW licenses — was in a hard-fought race for reelection, both in the primary and general elections.”

According to the district attorney’s press release, the defendants are expected to be arraigned on the charges August 31, 2020, at the Hall of Justice in San Jose. If the individuals are convicted the defendants could receive prison time.

“Our concern is not whether the Sheriff grants many or few CCW licenses, but whether they are being granted or denied for the wrong reasons…CCW licenses should not be given out in exchange for campaign donations. They should not be for sale,” said District Attorney Jeff Rosen

When the Metro Silicon Valley weekly released an “executive security licensing an extremely large campaign donation” for the general election in 2018, the District Attorney began an investigation.

“The investigation found that weeks after the scheme was hatched, the conspirators settled on a $90,000 “donation” in exchange for 10 to 12 CCW licenses.”

The press release continued, “After submitting 7 CCW license applications to Jensen at a meeting, AS Solution manager Martin Nielsen donated the first half of that amount to the Santa Clara County Public Safety Alliance (“PSA”), an independent expenditure committee supporting Sheriff Smith. The $45,000 personal check, which Nielsen handed to the PSA’s assistant treasurer, Schumb, represented more than half of the funds raised by the PSA before the election that year. The second installment was forestalled by the DA investigation.”

A concealed weapons permit, or CCW, is the only means by which ordinary citizens may legally carry firearms in public in California. Absent a CCW, it is a crime to carry either a loaded or an unloaded firearm in public, regardless of whether it is concealed or openly carried.

State law allows for a person to be issued a concealed carry permit if:

Under the recently enacted AB 2103, the training course must be a minimum of 8 hours and include live-fire shooting exercises where the person demonstrates an ability to handle and shoot the gun safely.”

The indictment charges Jensen with conspiring with AS Solution employees to put false information, including to use local corporate addresses as their residence addresses in their applications. in their CW license applications.