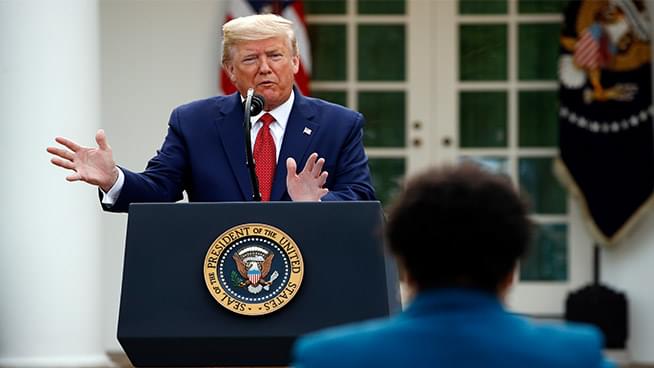 Trump Promotes Another Birther Lie, This Time About Kamala Harris

Trump’s incendiary nonsense about Harris was part of a Thursday self-described “news conference” he largely used to campaign against his Democratic election opponents. Trump also made a series of false claims about former Vice President Joe Biden, Democrats more broadly, and, again, about mail-in voting.

Trump admits he is undermining USPS to make it harder to vote by mail.

Israel and the UAE agreed to full normalization of relations in a phone call with US President Donald Trump on Thursday, marking the first peace treaty between Israel and an Arab country in 25 years.

Michael Cohen book claims Trump colluded with Russia and will ‘never leave office peacefully’. In his upcoming memoir, Cohen calls Trump, “A cheat, a liar, a fraud, a bully, a racist, a predator, a con man.”

Congress and the White House again made no progress toward a coronavirus relief agreement as financial lifelines for Americans continue to expire.

It could take weeks more for lawmakers to even agree on another aid package as no talks are scheduled and 2020 political conventions will consume the major parties for the next two weeks.

House Speaker Nancy Pelosi has said she will not restart discussions until Republicans increase their aid offer by $1 trillion, a step the GOP does not want to take.