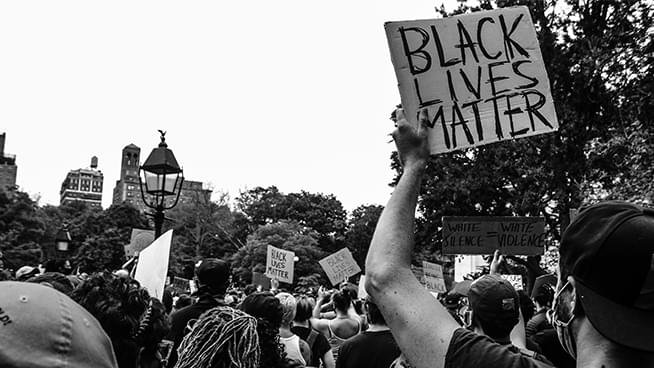 Protests occurred in Oakland last night in response to the shooting of Jacob Blake. The demonstration started peacefully but police say people began breaking windows and setting fires to businesses, cars, and the outdoor steps of the Alameda County Superior Courthouse later in the night.

Blake, a 29-year-old Black man, was shot and paralyzed from four of the seven fired at his back by police officer Rusten Sheskey in Kenosha, Wisconsin on Sunday, August 23, 2020. The shooting caused protests as part of the Black Lives Matter movement, which has seen a resurgence due to numerous police killings.

Before the demonstrations began, the Oakland Police Department sent out a series of tweets saying, “We are asking for people attending tonight’s events to respect our community and local businesses by participating in peaceful demonstrations. #OPDCARES” The Department continued to tweet, “We at OPD support your right to demonstrate. We ask that organizers help us facilitate safe spaces and safe places for the demonstration. We ask attendees not to cross barricades.”

As the night continued, the protesters grew more aggressive leading the Oakland Police Department to tweet asking the crowd to, “Stop throwing items and pointing lasers at the officers at 7th & Washington.”  700 people took part in what the Oakland police described as “violent & destructive protests” after midnight.

“Earlier this summer, a federal judge granted an injunction against OPD in how they conduct crowd control policy. As part of the ruling, tear gas, flash-bang grenades, and other less-than-lethal projectiles like rubber bullets are effectively banned, with exceptions for cases where police need to prevent injury or substantial property damage. OPD, clad in riot gear, had controversially deployed tear gas on a group of Floyd protesters near police headquarters back on June 1,” reported KTVU.

Leading Oakland PD to tweet, “We support 1st Amendment rights and have created safe spaces and safe places for demonstrators. However, setting off fireworks is illegal in Oakland. Yet agitators continue this illegal activity.”

Some within the crowd are disruptive and have no regard for others safety. Multiple fires set. Thankfully @OaklandFireCA are putting the fires out as OPD officers are working to maintain safety. pic.twitter.com/jBz8bxx7gZ

The crowd, set fire to garbage cans, broke windows along Broadway, threw bottles and objects at officers on Grand Avenue, and temporarily shut down 19th Street BART station and traffic on I-580, according to Oakland Police Department’s Twitter account.

Violent protesters vandalized and started a fire at the Alameda County Superior Court. @OaklandFireCA is on scene. Please stay clear of the area. pic.twitter.com/s22zKdWlkj

More destruction caused by violent protesters. Multiple windows broken at this business near Lake Merritt as fireworks continue to be set off. pic.twitter.com/3UuDddMgFA

Some within the crowd are chanting ”BURN IT DOWN” as they ignite fireworks and set trash cans on fire. pic.twitter.com/4azCUchmya

Authorities report several arrests were made, but no one was hurt during Wednesday’s protest.