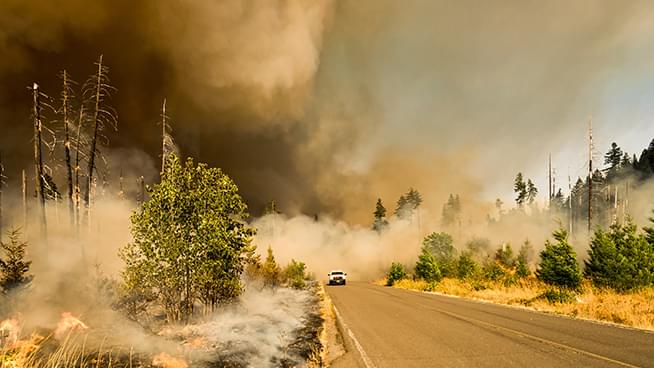 Gavin Newsom announced today that, as of this time last year, 118,000 acres had been burned by wildfires. So far in 2020, the state has seen 2.3 million acres burned. “We’re just entering into fire season this year,” said the governor, and this is already “the largest fire season we’ve had in recent recorded history. Extreme fire events that we believe are climate-induced,” said the governor, require stronger commitments from state, local and federal governments.

New data out Tuesday shows that more than 500,000 children have tested positive for the coronavirus since the pandemic started, according to the American Academy of Pediatrics (AAP). They said children represented 9.8% of all COVID-19 cases in the U.S., where more than 6.3 million total cases have been reported, per a tally by Johns Hopkins University.

The President and DNA, Again

The Justice Department intervened in the defamation lawsuit brought by journalist E. Jean Carroll who says President Trump raped her years ago, moving the matter to federal court and signaling it wants to make the U.S. government — rather than Trump himself — the defendant in the case.