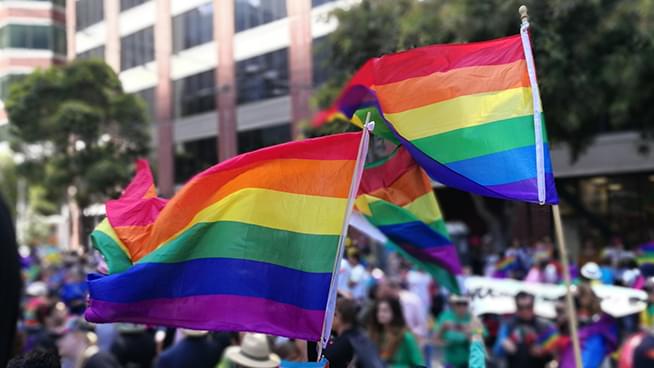 LGBTQ community members will now have a welcoming place to call home in San Jose. Local leaders announced Post Street, in the city’s downtown area, will serve as its first LGBTQ-designated area.

The area, named “Qmunity District”, “Has been a labor of love for the last few years,” San Jose City Councilmember Raul Peralez said, celebrating “this inclusivity with our LGBTQ+ community.”

Peralez explained the idea originated from “wanting to create a permanent space” for businesses that have always welcomed the LGBTQ community with open arms in San Jose.

“It does feel like a lot like home for a lot of LGBT people,” he said as “a proud part of the LGBTQ+ community,” and owner of the Splash Bar.

“When businesses are to reopen, all of this is going to be exciting again,” Bruce said hoping the Qmunity District will encourage more vibrant businesses to come to the neighborhood.

“With this space, we the LGBTQ community in San Jose, will not go back to the closet in any literal or metaphorical way. Instead, we will be infused in the heart of downtown,” said Maribel Martinez of the Santa Clara County Office of LGBTQ Affairs.

“The project will ultimately be a pillar for LGBTQ folks within the community,” said organizer Nathan Svoboda with Project More.

City officials contributed $66,000 to get the project off the ground and help with Phase 1 of LED lighting, banners, trees, and art. The Qmunity District is currently looking for three artists to work in a mural for the area. Anyone interested can apply here. They are also organizing a series of town hall meetings to discuss what comes next.