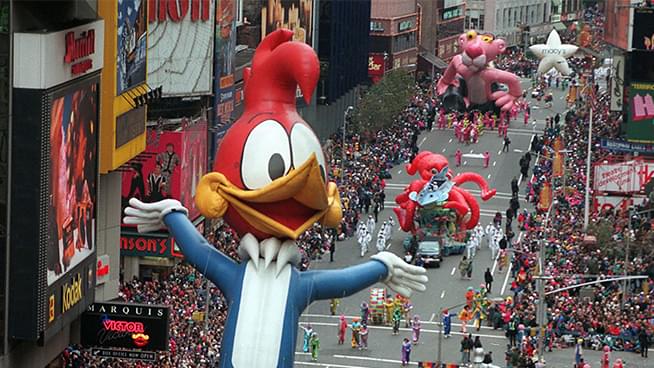 The 94th Macy’s Thanksgiving Day Parade will still occur this year, but things will look different due to coronavirus.

The traditional Thanksgiving Day celebration will shift to a television-only experience in order to bring magic to more than 50 million viewers nationwide.

“It will not be the same parade we’re used to…[Macy’s is] reinventing the event for this moment in history and you will be able to feel the spirit and the joy of that day.” Said New York City Mayor Bill de Blasio during a Monday press conference.

The #MacysParade will go on! We won’t be marching, but we’re reimagining it into a televised-only spectacle where all your fave balloons, floats & Santa Claus *safely* make their way to you. Tune in to @NBC 9AM Thanksgiving Day & check here for updates: https://t.co/1Bo9XZMmsM pic.twitter.com/n1XgeNdRKu

Few specifics were provided about the beloved event, but Macy’s website claims further details about the reimagined celebration are coming. It also points to its Fourth of July fireworks display this year as inspiration for the November event.

“Following our successful, safe and innovative production of Macy’s 4th of July Fireworks, it is our intention to similarly reimagine Macy’s Thanksgiving Day Parade this November,” the message reads.

Orlando Veras, Macy’s spokesperson, said the 2 1/2-mile Thanksgiving parade route will be axed in favor of a short stroll for the cameras.

“Most of the parade’s performers will be locally based to cut down on travel, Veras said. High school and college marching bands that had been invited to perform will be deferred to 2021. In accordance with coronavirus restrictions, all performers will be required to maintain social distancing and wear face masks,” reported KTVU.

The #MacysParade is a New York City staple.

For decades we’ve celebrated the holiday season with viewers worldwide, and this year will be no different!

“Under the unique challenges of these unparalleled times, we felt it was important to continue this cherished holiday tradition that has been the opening act to the holiday season for generations of families,” Susan Tercero, executive producer of the Macy’s Thanksgiving Day Parade, said in a prepared statement.

“While it will certainly look different in execution, this year’s Macy’s Parade celebration will once again serve its historical purpose — to bring joy into the hearts of millions across the nation,” continued Tercero.

In addition to banning individuals from the event, the giant cartoon-character balloons, traditionally flown with 80 to 100 handlers, will be tethered to specialized vehicles that have been tested and approved by the city police and transportation departments.

“There are some things we still can’t do…We’re looking forward to a lot of them coming back in 2021.” Said de Blasio suggesting the parade will return next Thanksgiving.

Until then, Macy’s said, “On Thursday, November 26, from 9 AM to noon on NBC, we invite you to watch the Parade’s signature mix of giant character balloons, floats, street performers, clowns and the heralding of the holiday season with the one and only Santa Claus!”