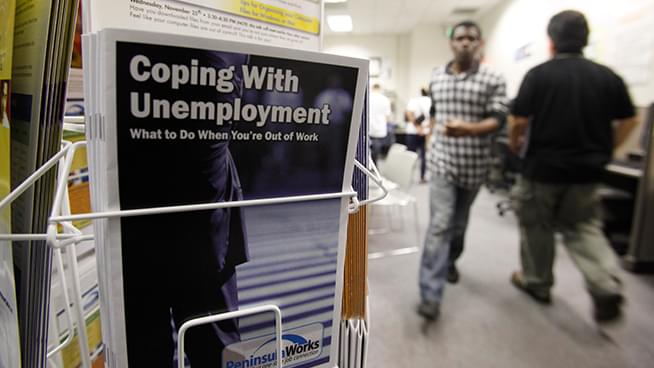 California employment development department announced they will not accept new unemployment claims for the next two weeks.

The EDD claims their team needs two weeks to “prevent fraud” and “reduce backlog” as “The EDD has a backlog of nearly 600,000 Californians who have applied for UI more than 21 days ago and yet their claims have not been processed, and an estimated 1 million cases where individuals received payments but subsequently modified their claim and thus are awaiting resolution.”

The department says they are using outdated technology during an unprecedented wave of unemployment claims.

“EDD is broken. It needs top-down reform. Many of us have been asking EDD for many months to implement basic reforms that it hasn’t done,” Assemblyman David Chiu told FOX40.

Chip explained he was happy to see the EDD already take advice outlined in the report, including implementing a new program ID.me to fight fraud. The program is a verification tool that requires users to upload a photo of themselves and identifying documents in an effort to stop scammers and complete payments faster.

“According to the report, they’re not going to be able to close the backlog until the end of January. And so, I am very concerned that this is going to be too little too late for so many Californians who have been desperately waiting,” Chiu said.

To end the backlog, the most experienced staff members will work through the oldest and most complicated claims instead of working on the phone lines.

“They are saying that it’s going to take months and months for them to clear this backlog and that is unacceptable,” said Wiener as not even his office is able to get through the EDD phone lines.

“The EDD is aggressively fighting fraud in the wake of unscrupulous attacks on the unemployment program here in California and across the country. These perpetrators are often using stolen identity information from national and global data breaches, as well as exploiting expedited payment efforts in the federal Pandemic Unemployment Assistance (PUA) program. Claims identified with suspicious account information have been closed and EDD investigators are partnering with local, state, and federal law enforcement to expose and prosecute offenders to the fullest extent of the law.” Reported the employment development department’s website.

The penalties for unemployment fraud can include:

“My hope is that we are really truly at a low-point for EDD and that this strike force report represents the turning point for this agency. We’ll see,” Chiu said.

EDD said people who filed new claims should not see a delay in benefit payments because the new system avoids the old, time-consuming ID verification process. Additionally, the pause on new claims does not impact anyone with current unemployment claims.