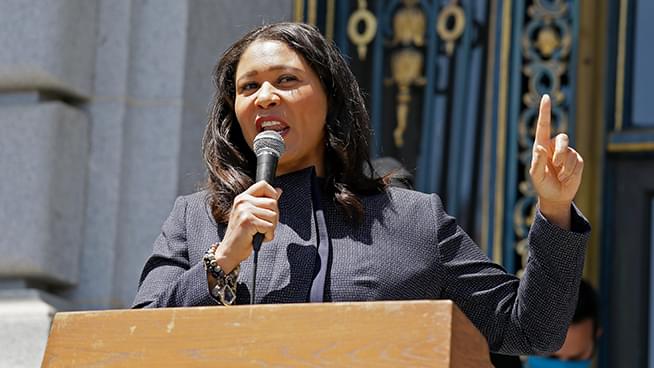 The move comes after The Department of Public Health released statistics that San Francisco saw a 70% spike in overdose deaths last year. In 2019, 449 people died, an average of more than one person a day, and the Tenderloin is at the heart of the city’s opioid epidemic. So far in 2020, 81 people have died of overdoses in the Tenderloin.

“These dealers come from around the Bay Area to sell hard drugs like cocaine, fentanyl and heroin to San Francisco residents. The lawsuits filed against these dealers today would prohibit them from entering the Tenderloin. Violations would have civil and criminal consequences.” Tweeted Herrera.

“I want to be clear that this is not a silver bullet,” Herrera said. “More needs to be done, including more drug treatment options, expanded mental health help, and a concerted focus on major narcotics suppliers. But these injunctions will give law enforcement one more tool to help keep Tenderloin residents safe. We need to do everything we can to stop this neighborhood from being used as the Bay Area’s open-air drug market. It’s time for a new approach.”

“We cannot continue to let the Tenderloin be the breeding ground for all that is problematic and challenging in our city,” Mayor London Breed said.

“Our police officers make arrests, but then we see those same people dealing drugs out on the street again and again,” Breed said in a statement. “We need to try new approaches to break this cycle, and I appreciate that City Attorney Dennis Herrera is putting this solution forward…This neighborhood deserves better, and our city needs to do better.”

“By working together with our partners in the city attorney’s office and our other law enforcement partners, we can help make our city a safer place,” said San Francisco Police Chief Bill Scott as a recent 90-day narcotics operation resulted in the arrests of 267 people in the Tenderloin.

“We need more of an aggressive approach,” she said of drug dealers. “We’ll see if this deters them or makes them rethink wanting to come to the Tenderloin.”

Mendoza explained she often hears from parents in the Tenderloin neighborhood that they have issues with drug dealers taking over the street, by selling their product and catcalling anyone who walks by.

“The Tenderloin is all they can afford, and it’s very hard on them, very difficult to see this in the streets and have their kids exposed to it…Parents feel like they’re invisible, and nobody’s really listening to them,” said Mendoza.

“Everyone can agree that what is going on in the Tenderloin is unacceptable, and we as a city need to work collectively to address what is an unfortunately terrible threat to the families and children living there,” Herrera said in an interview Wednesday. “We all have a responsibility to step up and alleviate the crisis.”

“Our goal here is to keep these dealers and the drugs they carry out of the Tenderloin. The kids, the parents, the seniors, the workers, the business owners of this neighborhood have suffered too much at the hands of these dealers. Enough is enough.” said Herrera.