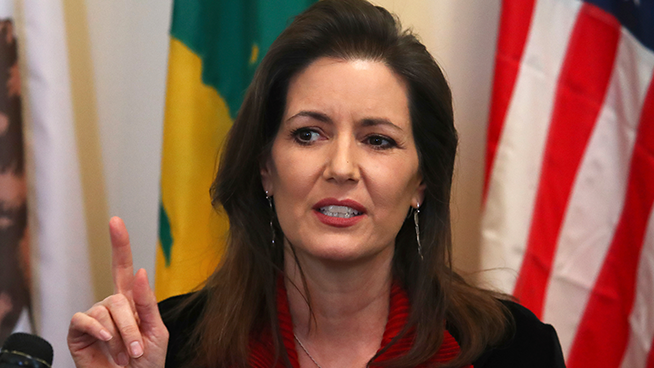 Tuesday night’s Presidential Debate was lambasted for its chaotic and childish tone to the point that viewers were demanding the next one have the option to cut microphones to maintain order. However, for Oakland Mayor Libby Schaaf, Trump, once again, casting her city in a negative light was the echoing moment of condemnation.

“I had just such a visceral reaction hearing our beloved city in that evil, ignorant mouth,” Schaaf told ABC7. “I feel more motivated than ever to get involved with this election.”

Trump mentioned the city, as he usually does, with a tone of disdain and a message of concern over it’s presumed lawlessness when moderator Chris Wallace asked Trump about his claims of increased violence in Democratic-run cities.

The Oakland Mayor has refuted this notion in the past but this time called it for what it was: a racist dog whistle.

“There is a clear pattern where the president is sending a not-so-subtle whistle that cities that are traditionally seen as Black Cities, cities that have been proud to be full of amazing African Americans, tend to be the ones that he tries to represent as violent. It is not-so-subtle racism very clearly in my mind,” said Schaaf.

Schaaf, like many, was also deeply disturbed that Trump would not directly denounce white supremacy during the debate and in fact told Proud Boys, a known White Supremacist group, to “stand by.”

To this end Schaaf’s message was clear – vote.