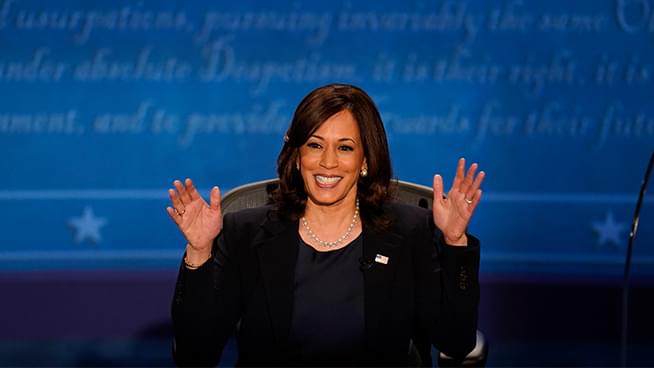 Oakland Mayor Libby Schaaf expressed her support for Oakland native Senator Kamala Harris. She tweeted, “Mr. Vice President when she’s speaking, #Oakland is speaking too.” in response to Vice President Mike Pence repeatedly interrupting Harris while she was speaking. Schaaf also tweeted, “The kind of Oakland shout out we want to hear. Born and raised! #ProudDaughterofOakland” after Harris spoke about Oakland during the debates.

Big #Town love to @KamalaHarris from your hometown mayor. #KHive couldn’t be prouder. Kamala threw down and kept it real like an Oakland girl through and through! #HellaProud

The @KamalaHarris America saw tonight is who I’ve known for decades–Brilliant. Passionate. Empathetic.

No surprise to those of us who know her best that in a battle for the soul of our nation she was the hands-down winner.

She made CA proud tonight. Now let’s get out and VOTE.

Matt Haney, a member of the San Francisco Board of Supervisors, representing District 6 shared his support for Kamala Harris in a series of tweets.

KGO’s one Chip Franklin shared his support of Kamala in various tweets and retweets on Twitter.

Who thinks Kamala Harris crushed him? ✋

Mr Vice President, did you not expect anyone else up on the stage? #Debates2020

Carla Marinucci, a senior writer for Politico’s CA Playbook shared her thoughts throughout the debate, including defending Kamala in regards to her birthplace.

…@KamalaHarris tells her story: she was born “at Kaiser Hospital in Oakland, California” — a shot to those Trump backers who have raised birther questions. And she takes the opportunity to introduce herself to voters who may not know her bio, a smart move.