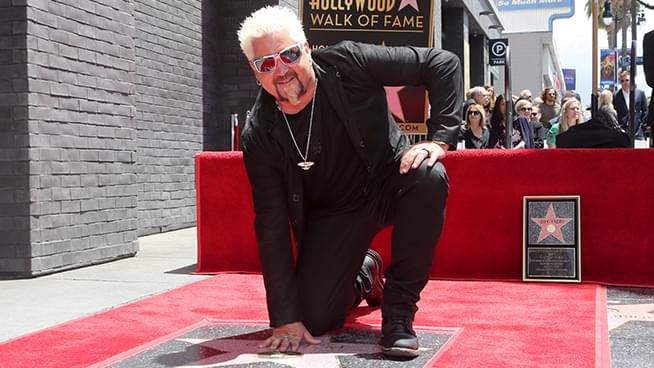 Fieri, along with a team of friends, chefs, and family members, packed 2,000 meals full of penne pasta, salad, and garlic bread for personnel and first responders at the fire base camp set up at Sonoma County Fairgrounds, according to The Santa Rosa Press Democrat.

He told the outlet that they made about 3,800 meatballs for hungry first responders, some of whom asked him to pose for photos and thanked him for the meal. Guy shook off the praise: “Come on! You’re out saving our community,” he said, according to the paper.

A MILLION THANKS to @GuyFieri and his talented team for bringing his delicious delights to #GlassFire base camp! He made a lot of people very happy & full today! 😋 pic.twitter.com/kqlTbyYpoO

The Santa Rosa Press Democrat explained many people shot or posed for photos with Fieri, who grew up in Humboldt County and was co-running two Santa Rosa restaurants, Johnny Garlic’s and Tex Wasabi’s, when he entered and won the national Next Food Network Star competition in 2006. He has long lived in Sonoma County with a home in Santa Rosa and and ranch in Napa County.

Guy has a long history of handing out meals to first responders, specifically those battling wildfires in California. In 2018, he worked with chef Jose Andres to feed emergency responders and more than 1,000 people displaced by the blazes in Shasta County. That same year, he also surprised first responders working to control the deadly Camp Fire with a delicious dinner. In 2017, he joined up with the Salvation Army to help evacuees and volunteers in Northern California, reported Today. He also volunteered to provide thanksgiving meals to individuals with Matthew McConaughey last year.

You can find ways to help the victims of the Glass fire (including with food) here.