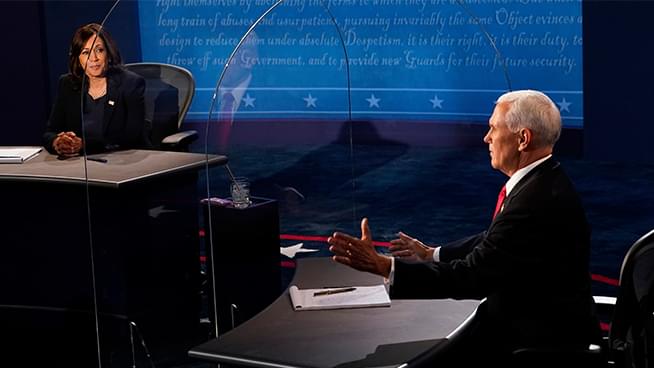 KGO reported the debate live fact-checking claims both sides made, including Harris’s claim that Trump won’t guard preexisting conditions, and of course, the well-discussed plexiglass after Trump tested positive for coronavirus.

The Bay Area rallied around Kamala Harris, including Oakland Mayor Libby Schaaf, who reminded everyone to, “Never mess with an Oakland girl“. Our very own Pat Thurston and Nikki Medoro voiced their opinions about the debate.

Listen to Nikki Medoro and KGO’s political analyst Gary Dietrich discuss the winners and losers from last night’s debate below.

Listen to Pat Thurston’s analysis of the best and worst moments between Kamala Harris and Mike Pence during the vice presidential debate below.