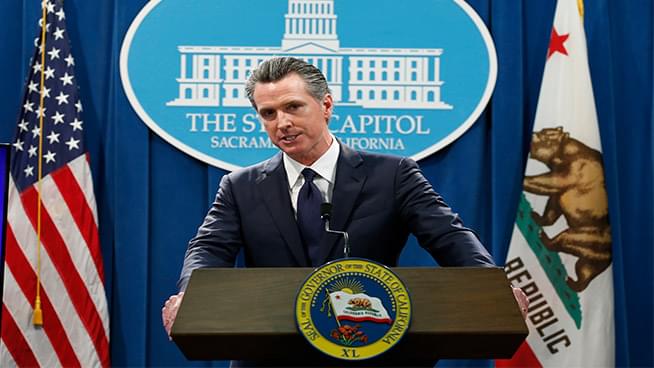 Friday, Governor Gavin Newsom announced a fourth round of Homekey grants to help those experiencing homelessness.

Within the $600 million to purchase motels and housing for homeless individuals, Newsom said $147 million will go toward state funding for homeless housing totaling 1,109 units.

““Behind every allocation we make for Homekey is the story of a Californian who will no longer have to sleep in a tent, in a car or on the street,” said Governor Newsom. “The partnerships with local leaders and their innovative approaches to homeless solutions are inspiring. From helping victims of domestic violence, to LGBTQ youth, to seniors, we’ve seen bold proposals that help a cross section of Californians struggling to find permanent housing.””

— Office of the Governor of California (@CAgovernor) October 9, 2020

“Marin County has been awarded more than $3.7 million for an 18-unit property that will initially provide interim housing for those experiencing or at risk of homelessness, serving those with a pathway to exit to permanent housing through the county’s well-established Coordinated Entry System. The units will be converted to permanent housing over the next three years,” according to the Office of the Governor.

“The County of Sonoma has been awarded nearly $11 million for a project that will convert a motel in the center of Santa Rosa into interim housing with a path to permanent supportive housing. The site is in close proximity to services and will give priority to transitioning individuals housed at non-congregate shelters who are at risk of COVID-19.” The press release continued, “The City of Salinas has been awarded $9.2 million to acquire a motel that will be converted to interim housing within 30 days and converted to permanent supportive housing in its second year. Salinas has about one-third of Monterey County’s population but almost 50 percent of the county’s homeless population.”

Governor Newsom announced $600 million for Project Homekey in the beginning of September, providing updates on the 2nd and 3rd round of grants working toward ending homelessness, especially during the coronavirus pandemic.

“Confronting and ending homelessness is a team effort, demanding attention, resources, and investment from cities, counties, and our state — and I want to thank Governor Newsom for his commitment to this cause across California,” said Los Angeles Mayor Eric Garcetti. “Los Angeles has taken full advantage of Homekey, submitting applications for 16 properties which, if approved, will add hundreds of permanent supportive housing units to our stock and allow us to bring more of our most vulnerable neighbors indoors.”