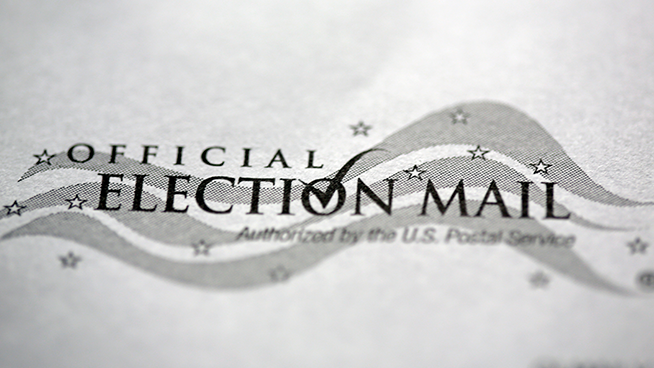 Over the weekend reports of unofficial ballot drop-off boxes that have been supported by local GOP leaders began to surface in several parts of the state of California.

The story, first reported by the Orange Country Register, began to garner attention when a regional field director for the California Republican Party tweeted a picture of himself in front of an illegal ballot collection box last Thursday. His post encouraged voters to message him for other “convenient locations to drop your ballot off at” and was subsequently removed Sunday night for breaking the site’s rules.

Padilla also said that those illegally collecting ballots could face 2-4 years in prison with felony charges.

So far these boxes have shown up in all sorts of places, from churches, to gyms, to gun stores in several cities including Orange Country, Fresno, and Los Angeles. Orange County Registrar of Voters Neal Kelley told the Register that the reports are currently being investigated.

“What we did was started to look into it, notified the state, and the Secretary of State issued guidance this afternoon that it is illegal and you can’t do that,” Kelley said. “It would be like me installing a mailbox out on the corner – the post office is the one that installs mailboxes.”

A spokeswoman for the Orange County District Attorney has also said they will be investigating the matter.

The Republican Party defended itself on twitter saying, “If a congregation/business or other group provides the option to its parishioners/associates/ or colleagues to drop off their ballot in a safe location, with people they trust, rather than handing it over to a stranger who knocks on their door – what is wrong with that?”

Though California Republicans are defending the practice based on a 2016 law that allowed for mass collection of mail-in and absentee ballots by third-party individuals, volunteers, or workers called “ballot harvesting,” Padilla said that these boxes do not qualify and are considered illegal.

The illegal drop boxes have so far been small green boxes with a laminate saying “Official Ballot Drop Off Box” like the one in the picture below.

The Orange County Registrar posted what their official drop boxes look like to clear up any confusion. “This is a picture of an official ballot drop box. Our ballot drop boxes are made of military-grade steel, weigh 1,000 pounds, and are bolted directly into concrete.”

There have been recent reports of groups promoting unofficial ballot drop boxes that are not affiliated with Orange County, CA Elections. Voters who want to return their ballot at a drop box should only use official drop boxes. View the press release at https://t.co/rZGjhYKii0 pic.twitter.com/0f1MJrx3Hm

Official polling and drop off locations can be found on the state’s official site.

California has made all forms of voting as easy and safe as possible due to COVID-19 and Padilla urged voters to exercise all avenues of trusted and official voting.

“Voters are in control of how to return their ballot, and they have multiple safe and secure options for doing so,” Padilla said. “Ballots can be returned by mail, to any in-person voting location, or to an official secure dropbox. Never hand your ballot over to someone you don’t trust.”