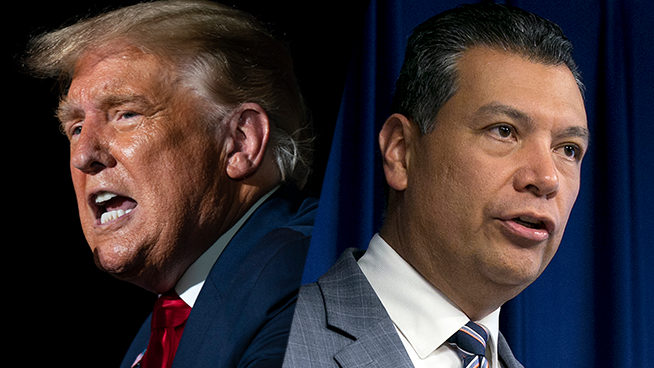 After a weekend of the California GOP promoting “convenient” new places to vote, President Trump doubled down on what the California Secretary of State, Alex Padilla, deemed an illegal practice.

“California hired a pure Sleepy Joe Democrat firm to count and ‘harvest’ votes. No way Republicans get a fair shake. Lawyers, get started!!!” Said Trump in his tweet.

Though California Republicans were the first to tout the unofficial and illegal drop boxes that started showing up at churches, gyms, and gun stores in Southern California, it was not clear until Monday night that they themselves were the ones to plant these devices.

Hector Barajas, a spokesperson for the Republican party admitted they were behind the several dozen drop boxes across the state and that they would continue to do so despite a cease and desist letter and threats of prison time by Padilla.

Republicans on a local and national level are decrying the hypocrisy of Democrats citing a 2016 law that allows for third-party collection of ballots called “ballot harvesting.” However, Padilla was unwavering that these illegal boxes do not qualify under ballot-harvesting parameters.

“California’s ballot collection law is very clear: a voter may authorize a specific person to turn in their ballot. The voter is supposed to list the collector’s name & relationship, & sign to authorize. Dropping them in a box without knowing who’s picking them up does not qualify,” Padilla said in a tweet attempting to shine light on the situation.

When asked by CNN reporter Chris Cuomo if this was simply an attack on Republicans Padilla insisted his issue is that the illegal drop boxes break voter security and confidence. Ballots collected by a third party must sign the ballot in order to create a level of legal responsibility to the voter. With these unsanctioned boxes, the voter does not guarantee that their ballot will be counted.

“We don’t have chain of custody,” Padilla said on CNN. “We don’t have the requirements and regulations for these fake drop boxes as you do with the official drop boxes. This is wrong no matter who is doing it. It’s not just the security of the ballot in question here, it is the transparency, the voter confidence itself.”

The Governor of California Gavin Newsom also issued a strong rebuke to the Republican Party, accusing them of sowing doubt in California’s elections, a similar tactic to Trump’s vehement opposition to voting by mail.

“The GOP are scared to death of losing. So they are trying to sew doubt, fear, and conspiracy into our electoral process. Don’t let them. Make a plan. Register. Vote. Tell your friends to do the same,” Newsom tweeted Tuesday morning.

The @GOP are scared to death of losing. So they are trying to sew doubt, fear, and conspiracy into our electoral process.

Make a plan. Register. Vote. Tell your friends to do the same. https://t.co/79CxjVGtTN

The Registrar’s Office in Orange County posted a picture of a real ballot drop box for comparison.

There have been recent reports of groups promoting unofficial ballot drop boxes that are not affiliated with Orange County, CA Elections. Voters who want to return their ballot at a drop box should only use official drop boxes. View the press release at https://t.co/rZGjhYKii0 pic.twitter.com/0f1MJrx3Hm

California has expanded its voting options this year with the pandemic and has already mailed ballots to all registered voters in California. Padilla pleaded voters to use official avenues of voting to ensure that their vote is properly accounted for.

You can check the status of your vote by going to http://vote.ca.gov