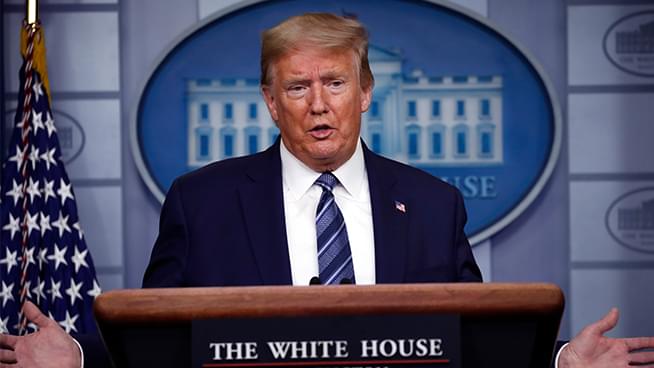 President Donald Trump’s NBC News town hall was dominated by testy exchanges with “Today” anchor Savannah Guthrie as she pushed him on a variety of issues.

During Thursday’s town hall Trump refused to disavow QAnon, saying he knows nothing about it beyond that supporters of the theory are “strongly against pedophilia.”

Savannah Guthrie asked Trump to disavow the conspiracy theory, after she described it as a theory about Democrats being a satanic pedophile ring.

Trump said, “I know nothing about QAnon. I know very little…You told me but what you tell me doesn’t necessarily make it fact. I hate to say that.”

“He may be right. I just don’t know about QAnon,” Trump said.

“You do know,” Guthrie pressed.

The Hill reported, “QAnon is a far-right conspiracy theory whose followers believe that an underground cabal of Satanic worshipers run child sex trafficking rings and are in control of the so-called “deep state” government and that Trump is working to expose them.”

The big news tonight was that the President of the United States *repeatedly defended* a violent conspiracy theory that calls for mass executions of political opponents, whom it claims are satanic pedophile cannibals.