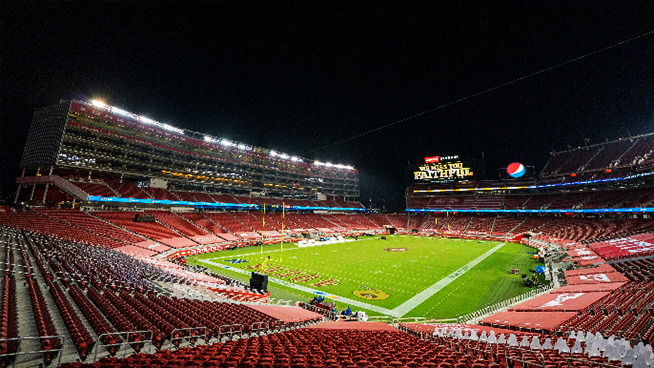 Governor Gavin Newsom announced on Tuesday that the state of California can begin allowing fans back into stadiums to view professional sporting events. As it’s currently stipulated, stadiums can be filled to 20 percent capacity, assuming the counties in question agree to relax their restrictions.

All eyes are now on Santa Clara county, which houses both the San Francisco 49ers and San Jose Earthquakes. Santa Clara County has been notoriously conservative when it comes to COVID measures, and was the first county in the nation to shut down pro sports.

Based on a statement released by the 49ers on Tuesday, it sounds like they are going to begin coming up with a plan to have fans return to Levi’s Stadium as soon as possible.

Statement from the 49ers: pic.twitter.com/y9P32GotvG

Many NFL stadiums throughout the country have already allowed fans to return in a limited capacity, while others have not, making for an imbalanced home-field situation depending where teams are located.

It remains to be seen how long it will take to get fans back into Levi’s, but it seems conceivable that the team will be able to work out a plan by Nov. 5 when they host the Packers, which is the next home game on the schedule.