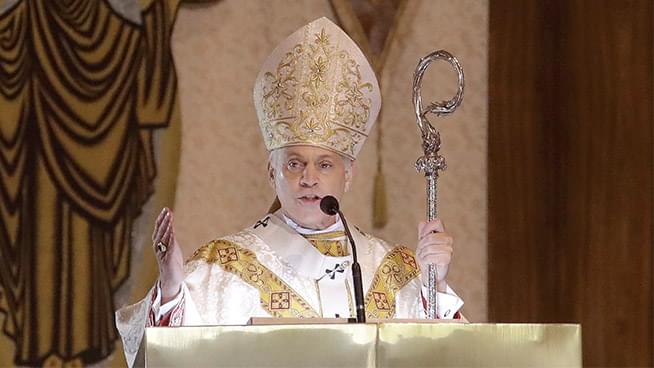 Archbishop Salvatore Cordileone of San Francisco, led an exorcism Saturday morning outside St. Raphael Catholic Church in downtown San Rafael, where a statue of St. Junipero Serra was toppled Monday during a protest. Most attendees were part of an antiabortion group holding a special Mass inside the church before a scheduled march to a Planned Parenthood clinic.

“The intention was to drive out evil and defend the image of Junipero Serra which he said established the missions. Not to dominate or annihilate, but to expose entire Californians to the teachings of the catholic faith and save them from domination and annihilation…wait a minute is this the 21st century?”

“Now remember…there is a lot of criticism about [St. Junipero Serra’s being considered the father of California’s mission system] because that system destroyed the culture of native tribes.”

Listen to John Rothmann’s explanation and discussion with viewers below.