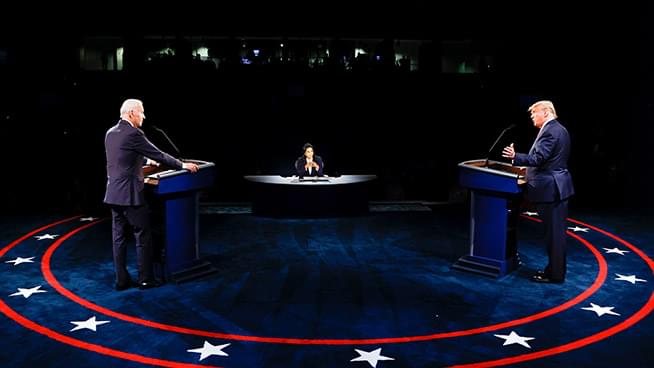 The second and final debate between President Donald Trump and Democratic nominee Joe Biden has ended, with a remarkably different tone than their first meeting.

Trump and Biden debated for just over 90 minutes at Belmont University in Nashville, Tennessee, on Thursday night. The faceoff included substantive debate on a number of topics including the response to the coronavirus pandemic, immigration and how each would handle climate change as president.

The nominees’ first debate was so raucous that changes were enacted to make the next one more orderly. Those modifications included a mute button controlled by a representative of the Commission on Presidential Debates, to ensure that each candidate would have two full minutes uninterrupted for opening answers on each topic.