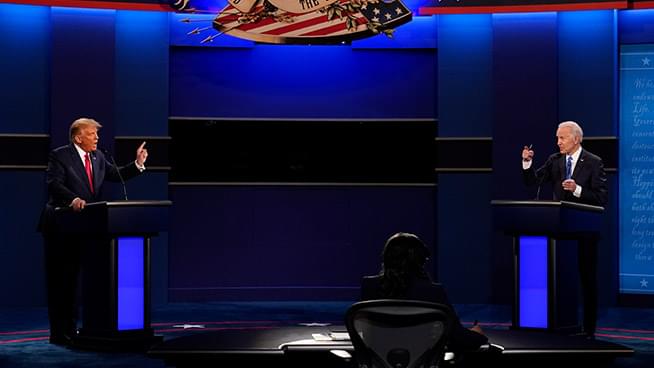 President Donald Trump is defending his administration’s separation of immigrant children who remain away from their families following detentions along the U.S.-Mexico border.

Trump said during Thursday’s debate that children are often brought across the border not by families but “by coyotes and lots of bad people.”

The American Civil Liberties Union told a judge this week that there were still 545 children separated from their parents from 2018.

Trump said his administration had constructed more than 400 miles of his promised border barrier. He also said, “They built cages,” referring to Obama-era facilities depicted in media reports during the separations.

As he has done since the primary campaign, Biden defended the Obama administration’s immigration policy, admitting that it “took too long to get it right.”