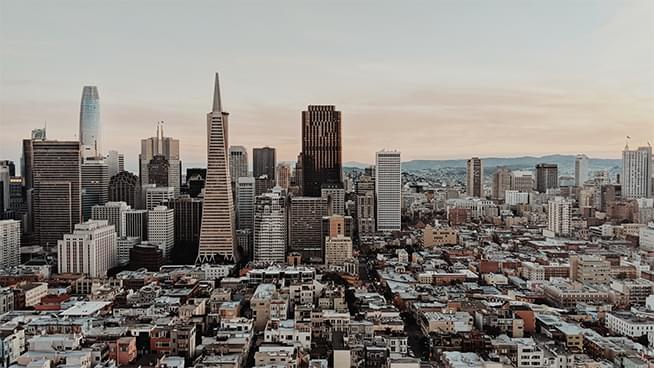 One of the most iconic skyscrapers in San Francisco, the Transamerica Pyramid Center, sold for the first time in its nearly 50 year history. The sale marked the largest commercial real estate transaction in the United States since the COVID-19 pandemic began.

The group paid $650 million for the 48-story tower and complex that covers an entire city block and includes three buildings totaling 750,000 square-feet in San Francisco’s Financial District. The new owners, a group of European investors anchored by Bayerisch Versorgungskammer plan to renovate the building.

“We’re proud to take on ownership and management of the Transamerica Pyramid – the most famous and recognizable skyscraper on the West Coast, and one of the most memorable office towers in the world,” said Michael Shvo, Chairman and CEO of SHVO. “This iconic tower is an important addition to our portfolio of celebrated properties, enduring landmarks, and architectural gems. It’s a classic building for all time that mirrors the forward-looking spirit of the Bay Area and of our own company. We’re thrilled to bring this property into its next renaissance.”

“The listing was first announced in August 2019 and in February there were reports that Shvo was buying the building for $700 but it took a $50 million price cut and some eight months for the deal to close,” reported SF Gate.

The Chronicle reported Transamerica Corp. tried to sell a 49 percent ownership stake in the building in 2018, but was not successful.

At the time of its completion in 1972, the Transamerica Pyramid was criticized as “hideous nonsense” by a famed architecture critic and was the tallest building in San Francisco, a title the building held until the Salesforce Tower.

Listen to the entire clip below.