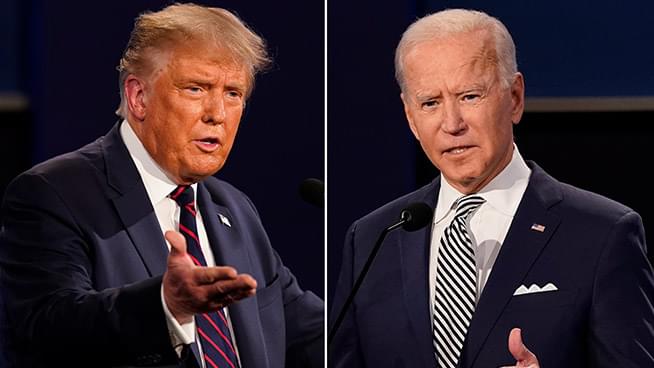 There are only 4 days until what may be the most important election of our lifetime. President Donald Trump and former Vice President Joe Biden have been going head to head for months via debates, Twitter wars, and accusations. But all of the arguing will come to an end on November 3rd when a winner is announced. That is, unless, polling systems need more time to count mail-in ballots.

America is divided in who they support and since Election Day is a few days away it is all anyone can talk about. With all conversations focusing on the election Pat Thurston wants to know how people will react when the new President is elected. If the person who they support if elected, naturally they will be excited or relived, but what happens if the person they oppose wins? Will they protest? Will they try to work with their opposing side? Will they demand a recount?

Listen Pat Thurston and her listeners discuss the potential situation below.