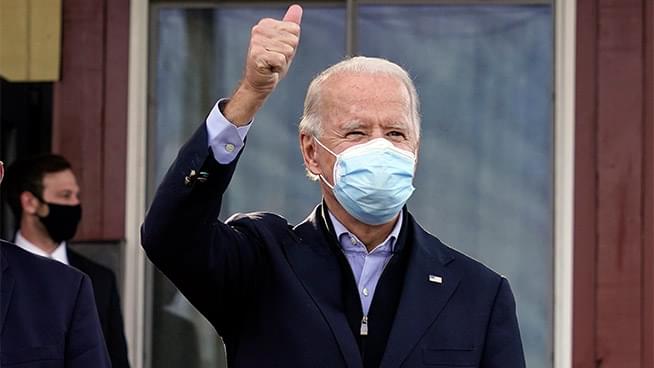 SACRAMENTO, Calif. (AP) — Democrat Joe Biden has won California in the race for president and the 55 electoral votes that are the most of any state. California has voted for the Democratic presidential nominee in every election since 1992. Four years ago, Hillary Clinton trounced Donald Trump by more than 4 million votes. Biden’s running mate, U.S. Sen. Kamala Harris of California, made history as the first Black woman to be a vice presidential nominee for a major political party. She’s also the first Democrat from California to appear on a major party presidential ticket.

Election Day in California has produced few long lines at polling places as a majority of the state’s more than 22 million registered voters already had cast ballots. More than 12.7 million ballots were cast in California before Tuesday. Because of the coronavirus, the state mailed ballots to all voters to cut down on crowds at polling places. There’s little drama at the top of the ticket, as Democrat Joe Biden won California’s 55 electoral votes. Voters also are deciding a dozen ballot measures, including whether to make affirmative action legal and allow Uber and Lyft to treat drivers as independent contractors instead of employees.