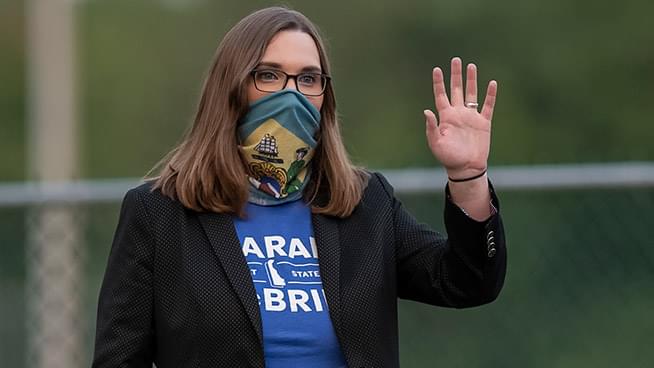 Democrat Sarah McBride has won a state Senate race in Delaware, and would become the first openly transgender state senator in the country when sworn in. McBride defeated Republican Steve Washington on Tuesday to win the seat that became open following the retirement of the longest-serving legislator in Delaware history. McBride won in a heavily Democratic district stretching from northern Wilmington to the Pennsylvania border. She joins several other transgender legislators around the country but will be the first transgender state senator. McBride interned at the White House under former President Barack Obama and in 2016 was the first openly transgender person to speak at a major party convention.

McBride, who has long-standing ties to Delaware’s best-known political family, says, “I am very aware of the stark contrast between the president we could have (Biden) and the president we now have. … There has never been a moment in the fight for trans equality with such potential and at the same time such risk.”