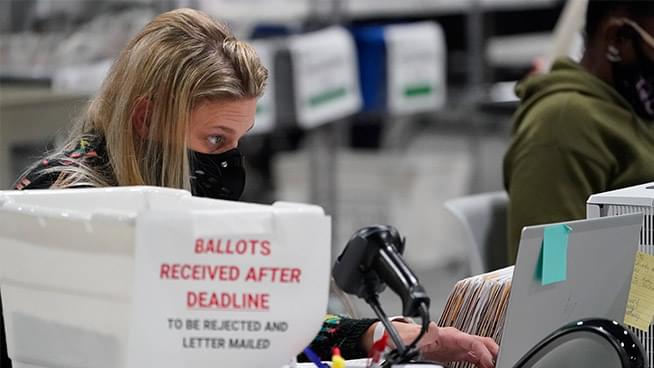 Top Republican officials in Georgia say they are confident the secretary of state will ensure that ballots are properly counted.

The statement Friday from GOP Gov. Brian Kemp and others came a day after President Donald Trump alleged without any details or evidence that election officials are trying to “steal the election” from him.

Trump said Thursday that the “election apparatus in Georgia is run by Democrats,” even though the top election official is a Republican whom he endorsed.