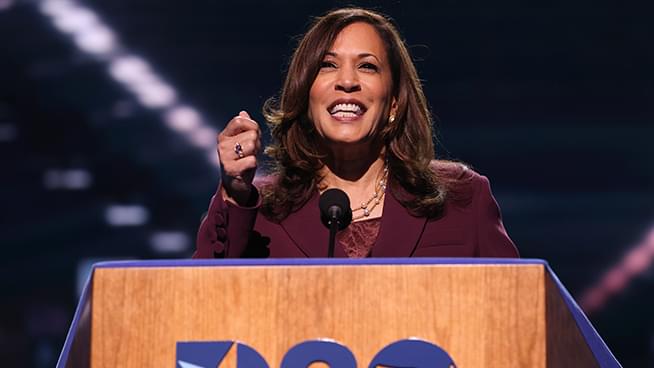 Joe Biden has been declared as the 46th President of the United States with Kamala Harris as his Vice President. Kamala Harris was born in Oakland, California and beloved by the entire Bay Area. Local leaders including Governor Newsom, Oakland Mayor Libby Schaaf, SF Mayor Breed, San Jose Mayor Liccardo and many more have sent messages congratulating Joe Biden and Kamala Harris for this historic election.

“Let’s be clear: Today’s victory was not an overwhelming repudiation of Trump’s hateful rhetoric + unethical acts. The margin of victory reminds us of how much work America has to do to acknowledge and confront the great injustices caused by a history of inequity in our country.” Libby Schaaf tweeted, “An Oval Office with Joe Biden and Kamala Harris gives us hope that our country will start the real work to reconcile the wounds of our past, and start the healing our country needs in the present.”

“This was truly the victory America needed, to be the America we know we can be. From America’s largest state: Congratulations to the next President and Vice-President of these United States, Joe Biden and Kamala Harris,” tweeted Newsom.

CA’s own @KamalaHarris is tough, passionate, persistent & has devoted a lifetime to the highest American ideal of justice for ALL.

Her ceiling-shattering accomplishment will put wings on the aspirations of young women and people of color across this country and around the world.

San Francisco Mayor London Breed tweets, “The image that we’ll get to see in just a couple of months—a black woman, the daughter of immigrants, taking the oath of office for Vice President in this country—is one that will forever have a profound impact for black people and for women and girls! It’s absolutely incredible!”

What an important day for our democracy. Congratulations to President-elect @JoeBiden, and I’m so proud my friend and mentor @KamalaHarris will be the next Vice President of the United States! pic.twitter.com/1uACxIrrwe

This is a victory won by Black people, immigrants, Latinos, Muslims, labor unions, women, transgender people, Jews, LGBT people–everyone who was targeted by this President’s hatred, racism & xenophobia since Day 1–& NEVER stopped resisting & organizing until they got him out.

The Bay Area’s cheers can be heard near and far.

Here’s the scene at Oakland’s Grand Lake Theater, one of the city’s iconic protest spots. Most major media projected Joe Biden as winner of the presidency an hour ago. Kamala Harris was born in Oakland. #Election2020 pic.twitter.com/0sbPEmsmn8