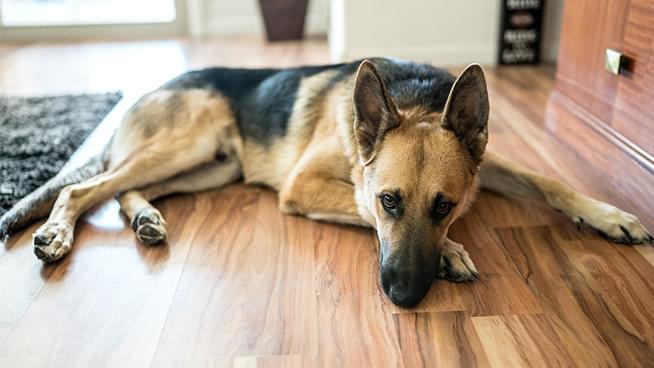 The 2020 presidential election is bringing a handful of firsts into the White House: the first woman vice president, as well as the first Black woman and person of South Asian heritage to hold the position. The first first lady to continue working a full-time job. The first Jewish spouse of either a president or vice president. The list is not done yet as President-elect Joe Biden brings another first this January: The first-ever shelter dog will now reside in the White House.

The incoming president and first lady Jill Biden will bring two dogs with them, both German shepherds: Champ, who came from a breeder in 2008, and Major, whom the couple adopted from the Delaware Humane Association in 2018. Biden, 77, and his wife, Dr Jill Biden, 69, initially fostered Major through the Delaware Humane Association after their daughter, Ashley Blazer Biden, introduced them to a litter of puppies, explained the News Journal.

Today is Major’s lucky day! Not only did Major find his forever home, but he got adopted by Vice President Joe Biden &…

Biden has previously jokingly campaigned online to ‘put dogs back in the White House’, in reference to President Donald Trump being the first US President in 120 years to not have a canine companion by his side.

Let’s put dogs back in the White House. pic.twitter.com/7pBihksfXT

“While Major will be the first shelter dog in the White House, he technically will not be the first rescue dog. That title belongs to Yuki, a stray mutt President Lyndon B. Johnson adopted after his daughter found him wandering at a Texas gas station on Thanksgiving Day 1966,” reports BuzzfeedNews.

Dr. Jill Biden has shared numerous photos of her dogs that will soon be living in the White House on her Instagram page.