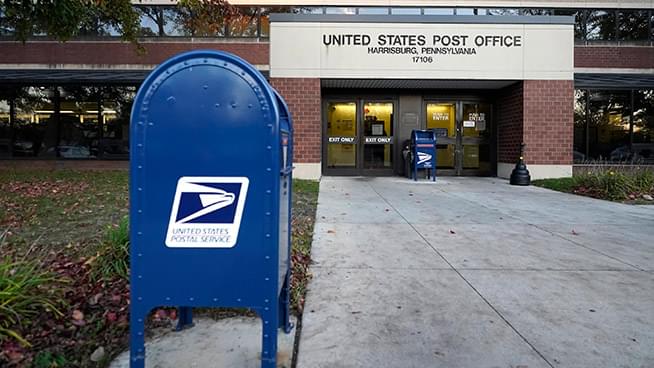 “Yeah, so at first, his claims were made anonymously, through an outlet called Project Veritas to an organization that typically targets mainstream media for what it says is bias and corruption. So these claims originally surfaced and essentially it was a postal worker in Erie, claiming that he overheard a conversation between his boss and another postal worker. And in this conversation that he overheard, he said he indicated that his boss was instructing another worker to backdate ballots that had arrived or were sent in the mail after election day…But what we learned yesterday was that an investigation was in fact launched. And under questioning by federal agents, Richard Hopkins, the postal worker recanted his story and signed a document saying that in fact, the allegations were not true.”

“The broader issue here is that Republicans are trying to make a case that there’s widespread fraud. And what that requires is to get credible and reliable people who have a consistent story and non-hearsay evidence to back that up and produce evidence. And we still don’t have that. And in this case, despite the conflicting statements, we still don’t have that. And so I think the stands as sort of a case study for this broader question of whether Republicans can back up the allegations that they and the president are making?”