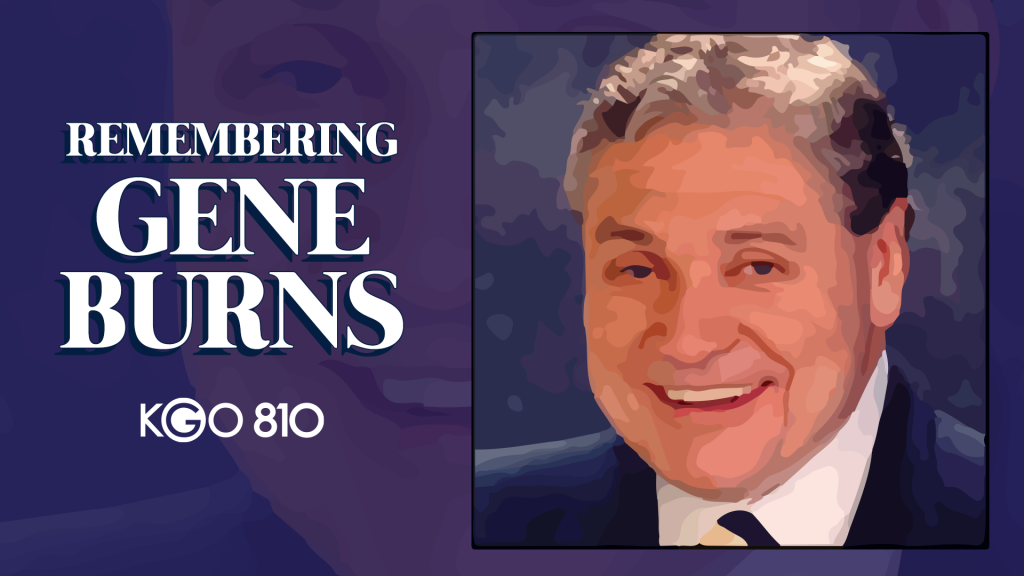 KGO legend Gene Burns would have been 80 years old today. Nikki Medoro and her team wanted to honor one of KGO Radio’s greatest talk show hosts on what would have been his 80th birthday through sharing their memories and discussing his legacy.

“I love gene burns. I loved him, he was my mentor. I am grateful that when he suffered the strokes that took away his ability to talk, that I would see him with some frequency that we remained friends and that I had the opportunity to tell him how much he meant to me, and that I utterly loved him before he died. And and I’m so grateful for that.” – Pat Thurston

“Yeah, well, you would think [he was extremely sophisticated] if you listened to him on the radio that way. But, there was another side of him that was not completely different, but the contrast between the two was so shocking when you were used to Gene being Gene. And then he would come into the production room and he took great pride in recording commercials. He was clearly the best I ever worked with by far at that, because you often could just give him ‘Well, let’s talk about pays you winery’, you know, and he’d say, okay, 60 seconds, okay. He would just go with nothing in front of him, talk for 60 seconds and it would come out perfectly almost every time.” – Craig Bowers

“I always think of as generosity you know, Christmas he would buy a bottle of wine for every single employee in the building including the loading dock guys, the security guys. He made sure every time we did a show, he wanted to know the name of every single person on the ground crew, out in the field, interns so that he could give them credit. He always credited every single person, he made other people just sound good and that made him sound good. I think he’s just classy.” – John Daly

Listen to the full segment of memories about the late, great Gene Burns below.