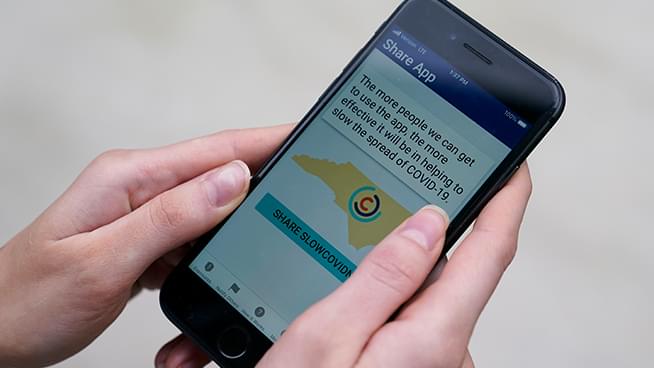 More than 8.1 million people in the U.S. have turned their iPhones and Android devices into pandemic contact-tracing tools, but it hasn’t been of much use when their neighbors, classmates and coworkers aren’t on the same system.

Apple and Google co-created “exposure notification” technology to alert phone users if they spent time near someone who tests positive for the coronavirus, so they know to get tested, too. It’s built with tight privacy restrictions to maintain users’ anonymity, but the tech companies have left it to each state’s public health authority to decide whether to use it.

California is rolling out a voluntary smartphone tool to alert people if they spent time near someone who tests positive for the coronavirus as cases and hospitalizations soar throughout the state.

Gov. Gavin Newsom announced the tool on Monday. People can opt in to use it starting Thursday. Officials say the tool doesn’t track people’s identities or locations. It uses Bluetooth wireless signals to detect when two phones are within 6 feet of each other for at least 15 minutes. Sixteen other states plus Guam and Washington, D.C. have made available the system co-created by Apple and Google. Most residents of those places aren’t using it.

Grateful for the partnership of @sundarpichai and @tim_cook in harnessing the innovation of CA to launch this new tool to help slow the spread of #COVID19 during this pivotal time.