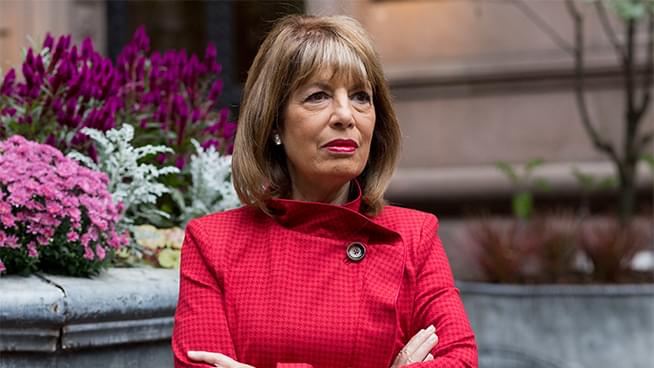 In this Monday, Oct. 15, 2018 photo, Congresswoman Jackie Speier (D-CA) poses for a portrait in New York. Soon after the #MeToo movement began a year ago Speier spoke out. “I wanted women in Congress to know they can come and talk to me and they would be safe and I would have their backs,” she said. (AP Photo/Mark Lennihan)

Congresswoman Jackie Speier joins Chris Merrill, who is filling in for Chip Franklin, to discuss the shoot out in DC over gun legislation, the future of the Democratic party and much more!

Why should members of Congress be allowed to bring guns into the Capitol when the public can’t? Proud to join my colleagues @RepHuffman and @RepRobinKelly in putting an end to these dangerous & antiquated practices. This is Congress, not the wild west. pic.twitter.com/Pr1CsEikth

Listen to the full conversation between Chris Merrill and Congresswoman Jackie Speier below.