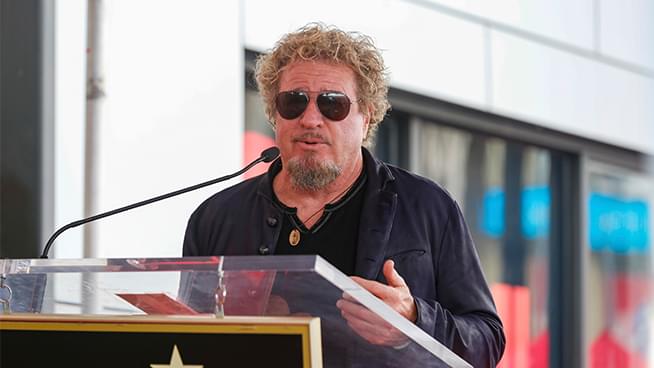 Sammy Hagar speaks at the ceremony that Honored Adam Levine with a Star on the Hollywood Walk of Fame on Friday, Feb. 10, 2017, in Los Angeles. (Photo by Willy Sanjuan/Invision/AP)

Dan Ashley interviews Sammy Hagar, also known as The Red Rocker, Wednesday morning as he fills in for The Mark Thompson Show. Hagar is an American singer-songwriter, guitarist, and entrepreneur. He came to fame in the 1970s with the band Montrose and had a successfully solo hit with “I Can’t Drive 55”. In March 2007, he was inducted into the Rock and Roll Hall of Fame as a member of Van Halen. In addition to his music career, he founded Cabo Wabo Tequila brand and restaurant chain.