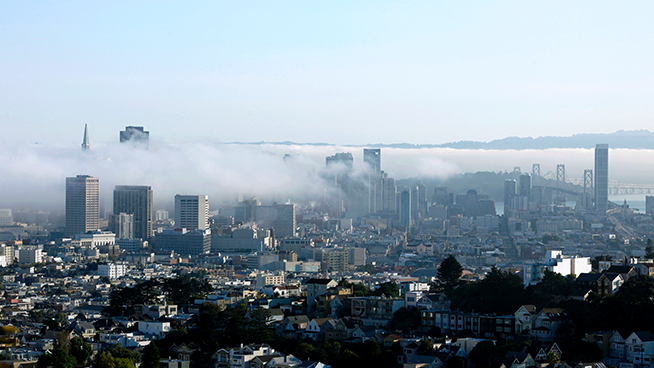 Today is a day of, mostly, good news said San Francisco’s Public Health Director, Dr. Grant Colfax, as he claims the city is now switching from defense to offense on the prolific COVID-19 virus.

In a mid-Friday presser, Dr. Colfax and SF Mayor London Breed laid out the city’s plans for vaccine distribution in the coming weeks.

San Francisco, the cornerstone of the region’s medical bandwidth according to Breed, has now announced that it is working with local private providers to be ready to distribute large quantities of COVID-19 vaccines as they become available. Kaiser Permanente, UCSF, Dignity Health, CPMC, and the Chinese Hospital have all been working with city officials to make sure that Tier 1A and residents 65 and older are able to sign up for vaccination. San Francisco has also announced a partnership with Safeway and Walgreens as well to expand community availability down the road.

However, one problem persists – there are not enough vaccines.

San Francisco, as with many others, is receiving drastically fluctuating doses from the federal government making it hard to inoculate as many residents as possible.

“We’re not sitting on vaccines, we’re getting them out as soon as possible. We will be ready for as many vaccines as we can get,” said Dr. Colfax. “We need the vaccine, we need it now.”

COVID vaccine supplies can change weekly, even daily, and SF officials say they can range from 11,000 to 1,100. Kaiser’s Northern California Regional President, Carrie Owen Plietz, echoed these concerns and said that only when supply is steady will the private sector and government be able to scale up vaccination.

“When we can get to a steady, reliable state of vaccines coming in, we will have a much more sophisticated and reliable delivery system,” said Owen Plietz.

Mayor Breed, nevertheless, announced that three large vaccination sites are being prepared for City college, Moscone Center and Bay View, with the City College site being completed by end of next week. This triptych of sites will be capable of vaccinating 10,000 people a day according to Breed.

Breed did, however, rebuke claims that the city was not doing enough and even called on public officials to be careful of misinformation. This comment seemingly directed at San Francisco Supervisor Matt Haney, who was critical of the city’s efforts to roll out the vaccine.

“What we don’t need, especially from other public and elected officials, is misinformation about what’s actually happening in San Francisco. So we’re asking you all to be careful what you say especially because when you talk about something that isn’t true, it puts fear in the hearts and minds of the public,” Breed reproached.

“I know people are asking us to put up sites everywhere. Well, we’re putting up sites, we just don’t have complete control of the vaccine. But we’re going to fight every single day to get as much as we can because I want to get our city open.”

As vaccines become available, city officials are pushing people with early eligibility to their personal providers, but eventually will work with private hospitals and businesses to make them more widely available. To that end, San Francisco will allow people to track their eligibility by going to sf.gov/vaccinenotify to get a text or email sent to you when you can get the vaccine. The program will start Tuesday, January 19.

However, even after vaccination, Kaiser’s Carrie Owen Plietz warned that you are not immediately immune and free to return pre-COVID behaviors.

“I would be remiss in this moment if I didn’t remind everyone that even after you get the vaccine, it might be a few weeks before you get full immunity,” said Owen Plietz. “I also want to remind everyone that even with the vaccine we must continue to protect our patients, and our families, and ourselves…by using masks, washing hands regularly, avoiding gatherings and maintaining physical distancing.”

Dr. Grant Colfax estimated that the majority of San Francisco will not be vaccinated until late this year.