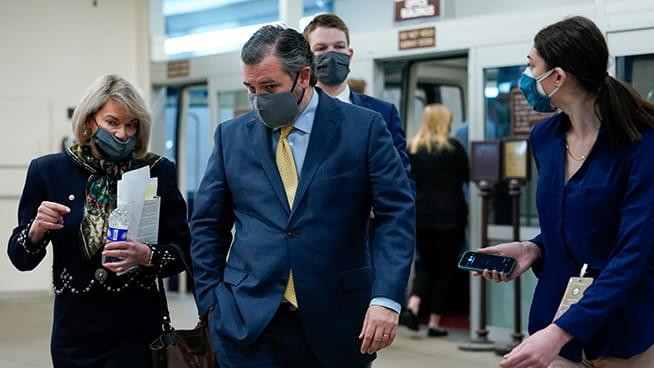 Texas Sen. Ted Cruz says his family vacation to Mexico was “obviously a mistake” as he returned stateside following an uproar over his disappearance during a deadly winter storm. The Republican senator said he began second-guessing the trip since the moment he first got on the plane Wednesday. He said, “In hindsight, I wouldn’t have done it.” The Associated Press and other media outlets reported that he had traveled out of the country as hundreds of thousands of Texans were still grappling with the fallout of a winter storm that crippled the state’s power grid. The trip drew criticism from leaders in both parties.