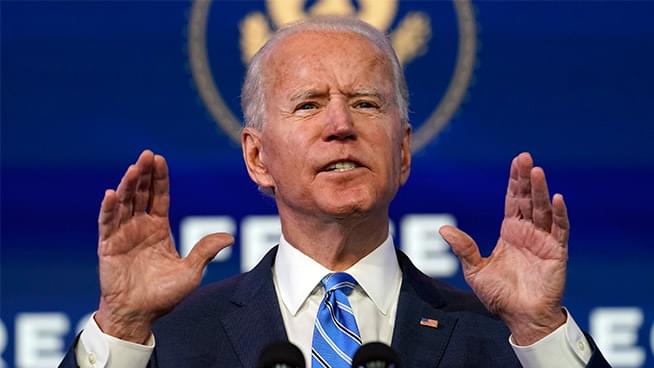 Could you pass the citizenship test?

President Biden’s latest move toward a less stringent immigration system will feature a change in the required civic examination citizenship applicants must take. The civics examination requirement implemented in December 2020 will switch to an earlier version implemented in 2008. The 2020 civic exam featured 128 possible questions on the exam. With Biden’s new order, it will switch to the 100 possible questions seen in the 2008 version.

Do you have a Real ID?

When Leslie Pilgrim visited her local DMV, she never imagined they would send her an ID photo with her wearing a face mask.

The California resident who hails from Huntington Beach said that she had waited for the DMV employee behind the camera to let her know when it was the right time to take off her mask.

DeJoy to Congress: ‘Get used to me’

Louis DeJoy, the embattled postmaster general, said he is not going anywhere as he faces withering criticism of his leadership of the U.S. Postal Service and calls for President Joe Biden to move to oust him. Testifying at a House Oversight and Reform Committee meeting, he said he intended to be around “a long time.”

However, DeJoy’s resolve may be put to the test soon, as Biden nominated three people — Ron Stroman, Anton Hajjar and Amber McReynolds — to fill open seats on the board that determines the postmaster‘s fate, the White House announced on Wednesday afternoon. If confirmed, Democratic appointees would have a majority of the USPS Board of Governors’ nine-seat panel, potentially giving them the opportunity to get rid of DeJoy.

Do you think this is a good idea?