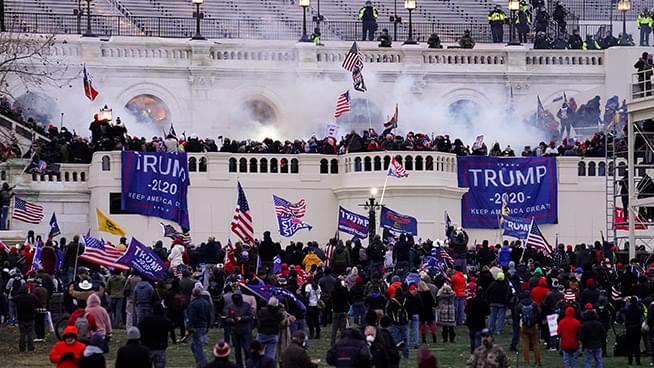 FBI Director Chris Wray told lawmakers Tuesday that the FBI has not seen any evidence indicating that the rioters who took part in the January 6 US Capitol attack were “fake Trump protesters,” knocking down a baseless claim that has been pushed by Republican Sen. Ron Johnson in recent weeks as he has sought to downplay the violence committed by supporters of former President Donald Trump.

Texas Gov. Greg Abbott’s order to lift the state’s mask requirement and increase the permitted capacity of all businesses to 100 percent prompted sharp criticism today from health experts and government officials who deemed it irresponsible and premature.

Over objections from Democrats, Georgia House Republicans passed a sweeping election bill that would enact more restrictions on absentee voting and cut back on weekend early voting hours favored by larger counties, among other changes. House Bill 531,  which passed 97-72 Monday, would also strip the secretary of state of his role as chair of the State Election Board, prevent county elections offices from receiving direct grant funding, shorten Georgia’s runoff election period and require counties to add more staff, equipment or polling places in large precincts with long voter lines.

Have we taken political correctness too far?

St. Mary’s College in Moraga has temporarily removed a statue by a Nazi-era artist after students created and promoted a petition calling for its removal. The German artist who made the statue, Fritz von Graevenitz, was celebrated among Nazi officials. Born in 1892, he created many pieces, including a 20-foot-wide bronze eagle and swastika statue and busts of Hitler. He died in 1959.