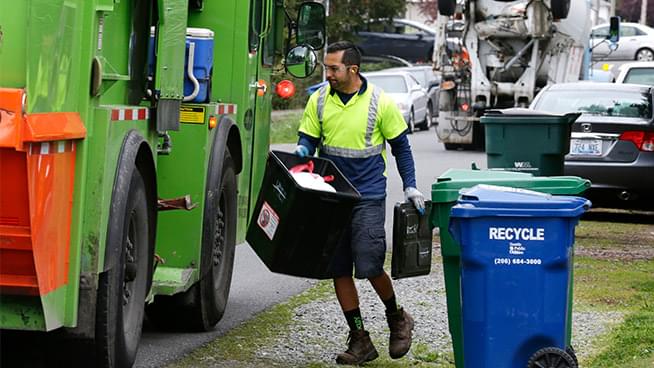 Recology, the contractor for the City’s waste and recycling collection, “Will lower rates and reimburse ratepayers for overcharges that were unearthed as part of a wide-ranging investigation into public corruption tied to former Public Works Director Mohammed Nuru and others,” according to the City’s official statement.

Thursday’s agreement covers ratepayers for a four-year period from July 1, 2017 to June 30, 2021 and totals more than $100 million, $94.5 million in overcharges and interest fees and $7 million in a settlement payment to the city.

San Francisco Mayor London Breed expressed her support of Herrera’s findings and acknowledged, “This important step as part of our long road to restoring the public trust.”

Today I released the following statement regarding the City Attorney’s settlement with Recology. I want to thank @DennisHerrera for his work defending the people of San Francisco. pic.twitter.com/XvY51mrq4D

“Part of the civil investigation has shown that, despite a City law prohibiting gifts from restricted sources, Nuru regularly solicited funds from Recology for the benefit of himself and City employees. From 2016 to 2020, Recology and its affiliated companies, Sunset Scavenger Company and Golden Gate Disposal & Recycling Company, regularly provided gifts of money, meals, and accommodations to City employees, allegedly to influence City decisions affecting Recology.”

The report explained over those four years, Recology funneled at least $60,000 through a nonprofit for the Public Works and General Services Agency holiday party.”

Herrera and the city attorney agree, “With this legal action, we are making San Francisco ratepayers whole and sending a clear message that cozying up to regulators won’t be tolerated.”

More than $100 million will go back into the pockets of San Franciscans as part of our Public Integrity Review.

“We think that getting $100 million back for San Francisco ratepayers and commercial residents… is a real success,” Herrera said at a news conference Thursday. “And what happens with future trash service in San Francisco is something I’m sure policymakers will look into and debate.”

“This is an appalling case for our residents and businesses who have been overpaying their trash rates for years,” Breed said in a statement. “The good news is that thanks to the city attorney, they will be getting that money back now.”